Naomi Campbell has revealed the first photo of her daughter’s face, posing on the cover of British Vogue while cradling her child.

Inside the magazine the supermodel offered some detail about her secretive journey to becoming a parent.

“She wasn’t adopted – she’s my child,” she told the publication about her nine-month-old daughter, whose name has not been revealed.

Campbell, 51, said her daughter had been born in May. The supermodel made several high-profile catwalk appearances prior to welcoming her first child, even walking for New York Fashion week just weeks beforehand. 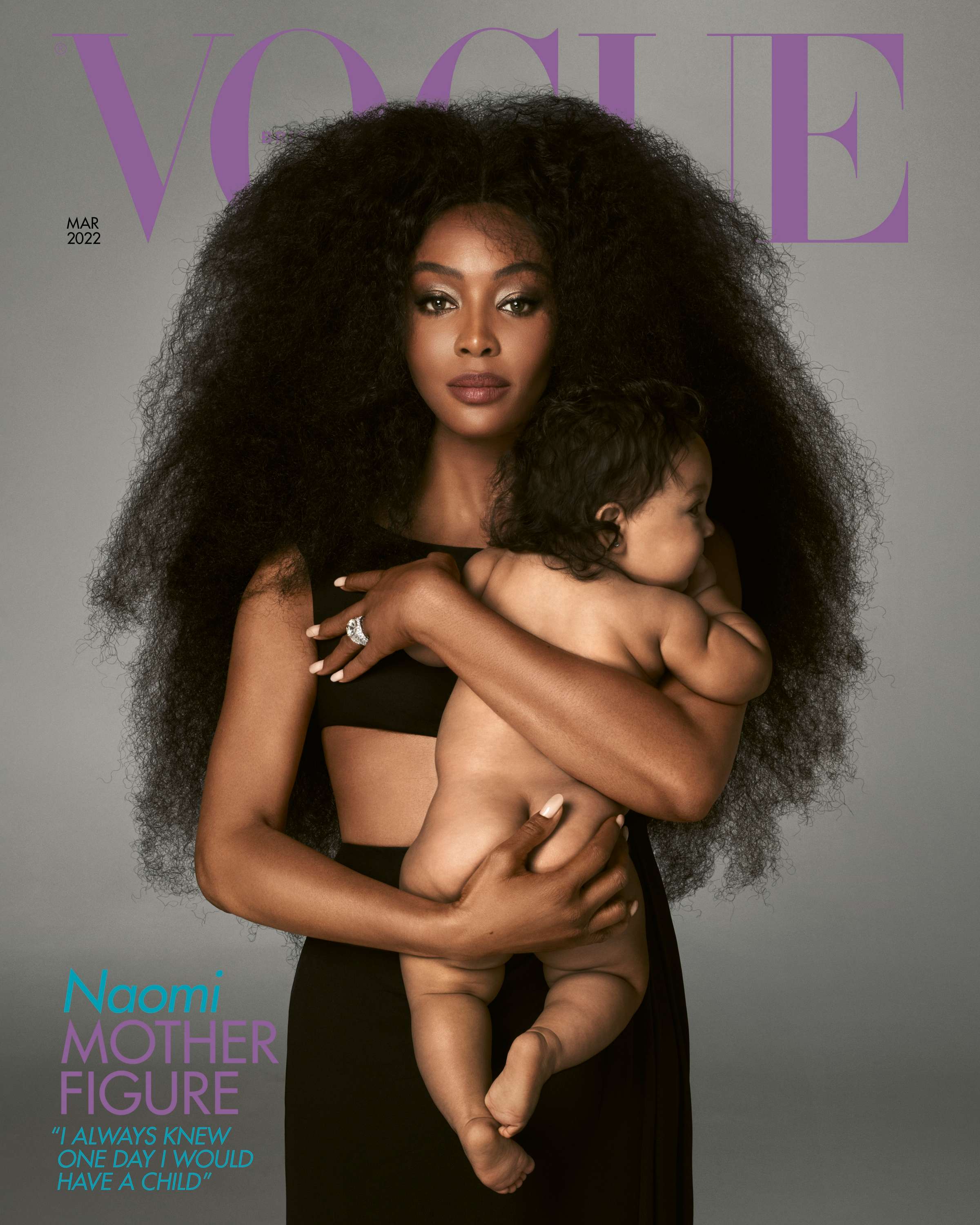 When Campbell announced the birth of her daughter via Instagram in May last year, it took the world by surprise and led to speculation she had given birth via surrogate or adopted.

She is yet to share who the biological father is.

Prior to her public announcement, only a handful of Campbell’s close friends and family had known she was expecting a baby.

“I can count on one hand the number of people who knew that I was having her,” she said. “But she is the biggest blessing I could ever imagine. It’s the best thing I’ve ever done.”

Campbell also talked about her decades-long career as a model, revealing how she has become a mother figure to younger Black models including Australian supermodel Adut Akech.

“There were lots of times when I would walk in the fashion shows, but I was never picked for the ad campaigns and it would hurt – it really hurt,” Campbell told British Vogue.

Campbell announced her daughter’s arrival last year by sharing a photo of her cradling the newborn’s feet.

“A beautiful little blessing has chosen me to be her mother so honoured to have this gentle soul in my life there are no words to describe the lifelong bond that I now share with you, my angel. There is no greater love,” she captioned the post.

While Campbell has kept many of her daughter’s details private, the supermodel has been vocal about her desire to have children over the years.

“I’d love to have kids. I don’t discount anything in life. I love kids and always will,” she told Vogue Arabia in 2018.

“When I’m around children, I become a child myself. That’s the little girl I don’t ever want to lose.”

See the full feature in the March issue of British Vogue available via digital download and on newsstands from Tuesday, February 22.