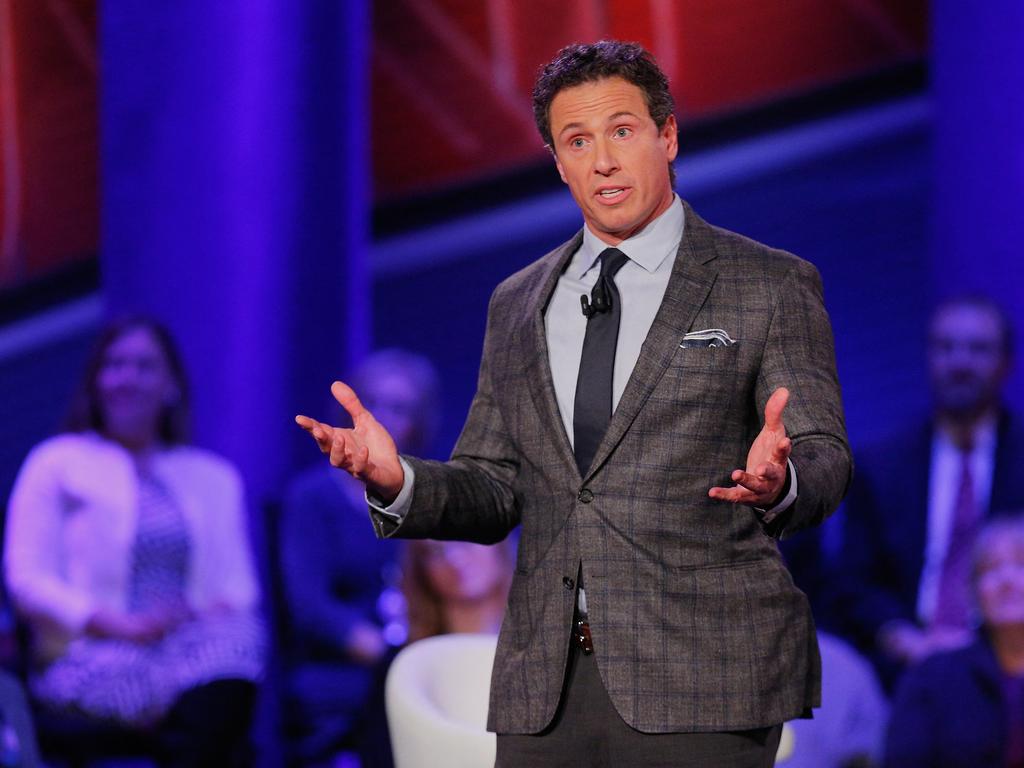 Chris Cuomo isn’t backing down in his battle with CNN following the ouster of his boss Jeff Zucker — the anchor intends to demand as much as a $60 million ($AU83million) settlement, according to sources.

Multiple sources told the New York Post that Cuomo, who was fired in December for helping his brother fend off sexual harassment allegations, is ready to dig his heels in by claiming that Zucker not only knew about his dealings with the governor — but that the network boss had his own inappropriate dealings with Andrew Cuomo.

And he is prepared to demand not the $US18 million left on his contract, but as much as $US60 million.

One source said: “Chris insists he never did anything for his brother Andrew that Zucker didn’t know about.

“His camp believes Zucker wasn’t fired for an inappropriate relationship with Allison Gollust. Everybody knew about that and nobody cared.

“What he believes happened is WarnerMedia found something in their investigation into Chris, perhaps internal memos or documents which revealed more about Zucker’s involvement with Andrew Cuomo. Gollust was just a convenient excuse.”

A second source told Page Six that, “Chris is telling people in the Hamptons he was wrongly fired, humiliated, his career has been ruined, and he wants Megyn Kelly money.”

Kelly won a $69 million settlement from NBC in 2019 following the media storm when she defended blackface on her show.

The Post previously reported that, in the early days of the pandemic when Andrew Cuomo became a national hero due to his daily press conferences, Zucker personally ensured that Andrew repeatedly appeared on Chris’ prime time show, because the brothers were great TV.

Sources told us Zucker even allegedly “coached Andrew Cuomo on what to say in his press conferences, particularly how to hit back at President Donald Trump.

He advised him when, and where, and what to say. He chastised Andrew if he appeared on other networks.

Cuomo has become the villain inside CNN in the Zucker saga.

When WarnerMedia Chief Executive Jason Kilar met with staff in DC on Friday, Jake Tapper argued Cuomo is a “terrorist” who didn’t get the payout he wanted, so he decided to torch the place.

“How do we get past this perception that this is the bad guy winning?” Tapper asked, according to New York Times reporter Michael M. Grynbaum.

On Monday CNN staff in New York pressed Kilar for more details surrounding Zucker’s resignation, and whether Chris Cuomo would get a severance package.

Per the Wall Street Journal, Don Lemon — previously a close friend of Chris — asked, “Did you think about what message it sends to the journalists in the company and also to the larger public that someone can be found to break with those journalistic standards and then get paid handsomely for it?”

Cuomo has hired a lawyer after being fired by CNN in December after a network investigation into his efforts to aid his brother, former New York Gov. Andrew Cuomo, in responding to allegations of sexual harassment.

And while Zucker had previously said CNN wouldn’t pay Chris any severance, Kilar has been much more coy on the subject, saying he wouldn’t comment on personnel matters.

Erin Burnett bleated they needed more information about the circumstances surrounding Zucker’s exit. “We’re grieving,” she said, also according to the WSJ. “Moving on will require answers to these questions.”

Alisyn Camerota added, again per the WSJ, “I think that what you’re hearing, and what we’re all experiencing, is just a huge shockwave to all of our mental health.”

“This has been incredibly destabilising and unsettling. One of the secrets to mental health is understanding, and the way that happens is getting some answers and some closure. And we don’t have that. We don’t understand why the death penalty was necessary.”

Now that Jeff Zucker is out, some people seem to think that Cuomo has lost the leverage he had over CNN.

But insiders in Chris Cuomo’s camp point to the “litigation hold” letter his lawyer Bryan Freedman fired off to general counsel at CNN and WarnerMedia the day after Chris was fired.

The letter doesn’t mention Zucker’s relationship to Gollust, but does direct CNN staff to preserve any documents related to the investigation of the former governor and “any appearance by Andrew Cuomo” on Chris’ show — which was more than a dozen times.

They plan to force out evidence that could prove Andrew Cuomo’s alleged close ties to Zucker.

A representative for Zucker wasn’t available for comment on Tuesday but previously said of the claim he gave Andrew Cuomo preferential treatment and coaching for his Covid-19 press conferences, “This is 100 per cent false. During a once-in-a-lifetime pandemic when people were desperate for information, CNN and every other network took the briefings live.

“Jeff of course had a relationship with Andrew Cuomo, as he does with countless other electeds.”

When Cuomo does officially file his arbitration claim, legal sources point out that CNN’s chief defence witness would be Zucker, who does not have to appear to be questioned and likely won’t.

The first source added, “Will WarnerMedia just settle to make this all go away ahead of the merger? Or will it risk more embarrassing documents and details coming to light through Cuomo’s legal action?”

Chris Cuomo’s lawyer and a spokesman for Andrew Cuomo didn’t comment. Representatives for WarnerMedia didn’t get comment either.

This story first appeared in the New York Post and has been reproduced with permission.