×
Monday - 14/02/2022 16:56
Russia has positioned about 130,000 troops - equipped with everything from tanks and artillery to medical facilities and logistical support - close to Ukraine's border.

They include about 30,000 troops taking part in military exercises in Belarus.

US officials say Russia has the troops in place to invade Ukraine "at any time".

But Russia denies it is planning an attack.

Troops on the move

Reports suggest that key support units necessary for an invasion have been moving into position alongside combat troops in recent days.

They are thought to include tank repair workshops, mud clearance equipment and field hospitals with blood supplies in some areas.

Some analysts say the presence of manned field hospitals, in particular, could be a key indicator of readiness to attack. 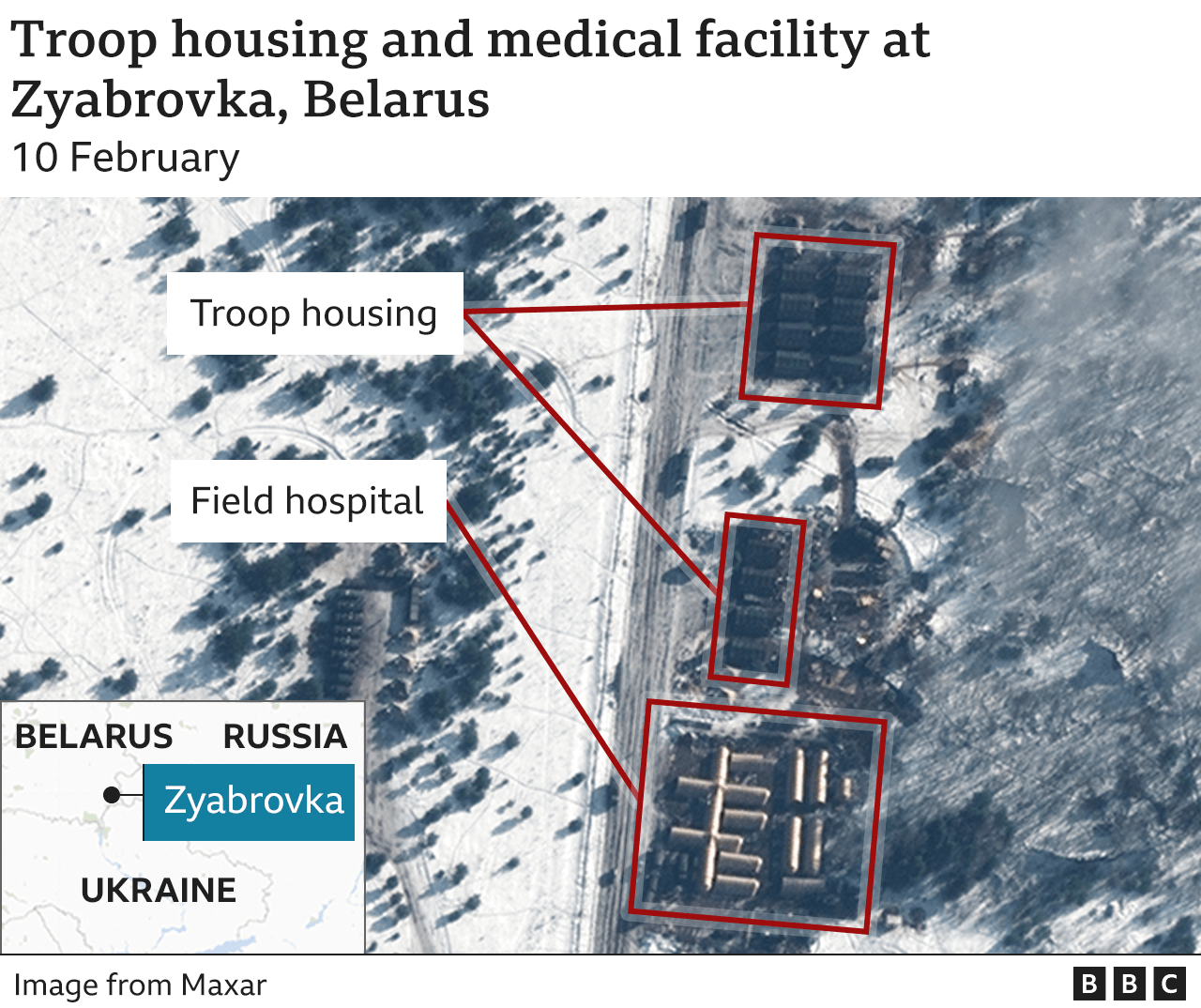 It is unclear whether all the support necessary for an invasion is present in every area.

Units arriving from across Russia have been added to about 35,000 military personnel who are permanently stationed close to Ukraine's border.

Some newly arrived units have travelled almost 4,000 miles from the Russian Far East.

Much of the heavy armour has been brought in by rail, some passing through Kursk, approximately 80 miles (130km) from the Ukraine border.

Other vehicles have arrived by road, via Karachev in the Bryansk region.