×
Tuesday - 13/12/2022 07:28 Author: Editors Desk
Sam Bankman-Fried, founder of the collapsed cryptocurrency exchange FTX, has been arrested in The Bahamas, the country's attorney general has said.

He is scheduled to appear on Tuesday in a magistrates' court in the Caribbean country's capital, Nassau.

Police said Mr Bankman-Fried, 30, was arrested for "financial offences" against laws in the US and The Bahamas.

Last month, FTX filed for bankruptcy in the US, leaving many users unable to withdraw their funds.

Among the most serious allegations against Mr Bankman-Fried is that he used billions of dollars of customer funds to prop up his investment trading company, Alameda.

It is unclear how much people who have funds in the exchange will get back at the end of bankruptcy proceedings - though many experts have warned it may be a small fraction of what they deposited.

Speaking to the BBC earlier this month, Mr Bankman-Fried acknowledged that mistakes were made at the firm, but sought to distance himself from accusations of illegal activity.

"I didn't knowingly commit fraud, I don't think I committed fraud, I didn't want any of this to happen. I was certainly not nearly as competent as I thought I was," he told the BBC.

He also denied allegations that he must have been aware that Alameda was using FTX customer funds.

"No that's not true," Mr Bankman-Fried said, while going on to acknowledge that as chief executive he was ultimately responsible for any mishandling of funds. "That's on me, one way or another," he said.

The FTX exchange allowed customers to trade normal money for cryptocurrencies such as Bitcoin.

Cryptocurrencies are not currencies in the traditional sense, but are stored online and act more like investment vehicles or securities - often with a high degree of volatility.

Their anonymity means they have been favoured for criminal activities such as drug dealing and ransomware attacks, but their supporters say there is huge potential for innovation - and independence from governments.

Mr Bankman-Fried was once viewed as a young version of legendary US investor Warren Buffett, and as recently as late October had a net worth estimated at more than $15bn.

Before FTX's collapse he seemingly delighted in giving his Twitter followers an insight into his lifestyle, which involved playing League of Legends while on phone calls, even while attempting to woo investors, and sleeping on a beanbag next to his desk in the office.

He had become well known in Washington DC as a political donor, mostly to Democratic politicians or groups, supposedly supporting pandemic prevention and improved crypto regulation.

Mr Bankman-Fried will be held in custody "pursuant of our nation's Extradition Act," the Attorney General of the Bahamas said in a statement.

"Earlier this evening, Bahamian authorities arrested Samuel Bankman-Fried at the request of the US Government, based on a sealed indictment filed by the SDNY [Southern District of New York]. We expect to move to unseal the indictment in the morning and will have more to say at that time," the US Attorney's office in Manhattan said in a tweet.

Wall Street regulators also said that they would be taking action against Mr Bankman-Fried.

"We commend our law enforcement partners for working to secure the arrest of Mr Sam Bankman-Fried in the Bahamas on federal criminal charges," US Securities and Exchange Commission (SEC) official Gurbir Grewal said in a statement.

"The Securities and Exchange Commission has separately authorised charges relating to Mr. Bankman-Fried's violations of our securities laws, which will be filed publicly tomorrow in the Southern District of New York," he added.

Mr Bankman-Fried had been due to testify about the collapse of FTX before the US Congress on Tuesday.

However, he will now be unable to testify, according to Congresswoman Maxine Waters, who said in a statement that she was surprised to hear that he had been arrested.

Mr Bankman-Fried's lawyer did not immediately reply to a BBC request for comment.

A Statement from the Royal Bahamas Police Force on the arrest of Samual Benjamin Bankman-Fried.

Police wish to inform that 30-year-old SAMUEL BENJAMIN BANKMAN-FRIED of California, U.S.A, has been arrested. pic.twitter.com/Mr85S2fzcN

FTX, the owner and operator of the FTX.COM cryptocurrency exchange, was founded in 2019 by Mr Bankman-Fried, a former Wall Street trader, and ex-Google employee Gary Wang.

It became the second largest crypto exchange in the world, trading about $10bn of cryptocurrencies a day.

But on 11 November FTX filed for bankruptcy protection after users pulled $6bn from the platform in three days and rival exchange Binance abandoned a rescue deal. At the same time, Mr Bankman-Fried resigned as FTX's chief executive.

The collapse of FTX came during a tumultuous year for the cryptocurrency industry. This year Bitcoin has lost more than 60% of its value, while other cryptocurrencies have also slumped. 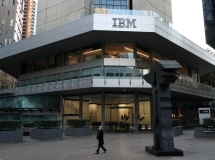