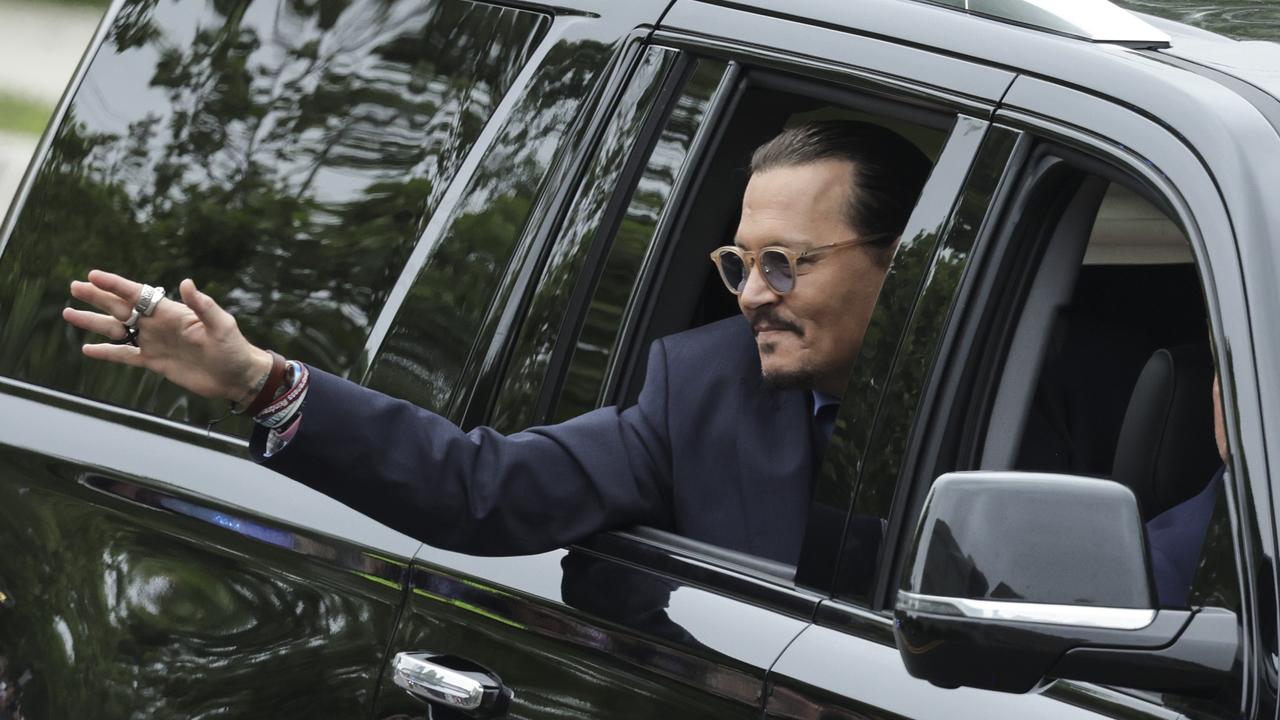 Get my jet ready.
Johnny Depp has left jaws hanging after making a surprise appearance thousands of kilometres away from the courtroom.

Johnny Depp left jaws hanging as he made a surprise appearance on stage with Jeff Beck, thousands of kilometres away from his defamation trial with his ex Amber Heard.

The Hollywood star, who is awaiting the jury’s verdict in his court saga, clearly wasted no time after wrapping up proceedings last week, immediately hopping across the Atlantic for a soiree with one of rock’s greatest guitarists.

The theatre erupted when the 58-year-old appeared with a guitar alongside Beck.

Snippets of grainy footage showed Depp performing his cover of the John Lennon song “Isolation”, which he previously released with Beck in 2020, on stage in Sheffield.

“Wasn’t expecting this,” one concertgoer wrote on Instagram. “I thought he was in court but turns out he’s in Sheffield with Jeff Beck.”

Depp is currently suing his ex-wife for $70 million, alleging she defamed him in her 2018 Washington Post op-ed in which she described herself as a victim of domestic abuse.

Heard, 36, countersued for $141 million, claiming Depp defamed her when he said she was lying about her abuse allegations.

The jury retired on Friday and are expected to return a verdict sometime later this week.

The Pirates Of The Caribbean star is suing Heard over an op-ed she wrote for the Washington Post, in which she claims she was a victim of domestic abuse.

Depp is not named in the article, but he claims it implies he physically and sexually assaulted her.

From the beginning of his testimony, Depp emphasised that he brought the lawsuit to “clear my name,” for his sake and that of his children, Lily-Rose, 22, and Jack, 20, as well as for those in the movie industry who trusted him.

“When [Johnny Depp] stepped off the stand, I think he already won based on his definition of winning,” Texas civil lawyer Katherine Lizardo told the New York Post.

“Because he already obtained the favour of the court of public opinion … once he told his story.”