×
Thursday - 26/05/2022 08:02
US late night host Jimmy Kimmel has delivered an emotional address, calling out Texas politicians over a glaring oversight.

On Tuesday, 19 children and two adults were gunned down by an 18-year-old gunman in Uvalde, Texas, prompting the debate over gun control in the US once again.

“It‘s okay to admit you made a mistake,” Kimmel said.

“In fact, it’s not just okay, it’s necessary. To admit you made a mistake. When your mistake is killing the children in your state.”

Texas legislators expanded gun rights in the year prior to the Uvalde tragedy, prompting Kimmel to ask conservative politicians if they regret their stance after the nation’s 27th school shooting this year.

“It takes a brave person to do something like that,” Kimmel continued.

It came after a father of one of the dead children blamed officers at the scene for not acting sooner to stop the gunman.

It took police 90 minutes from when the first 911 call was placed, to the moment Ramos was shot and killed.

Mr Cazares said had authorities followed the direction of witnesses and acted sooner, more lives could have been saved.

“There was at least 40 lawmen armed to the teeth but didn’t do a darn thing [until] it was far too late,” Jacinto Cazares, the father of 10-year-old victim Jackie Cazares, told ABC News. 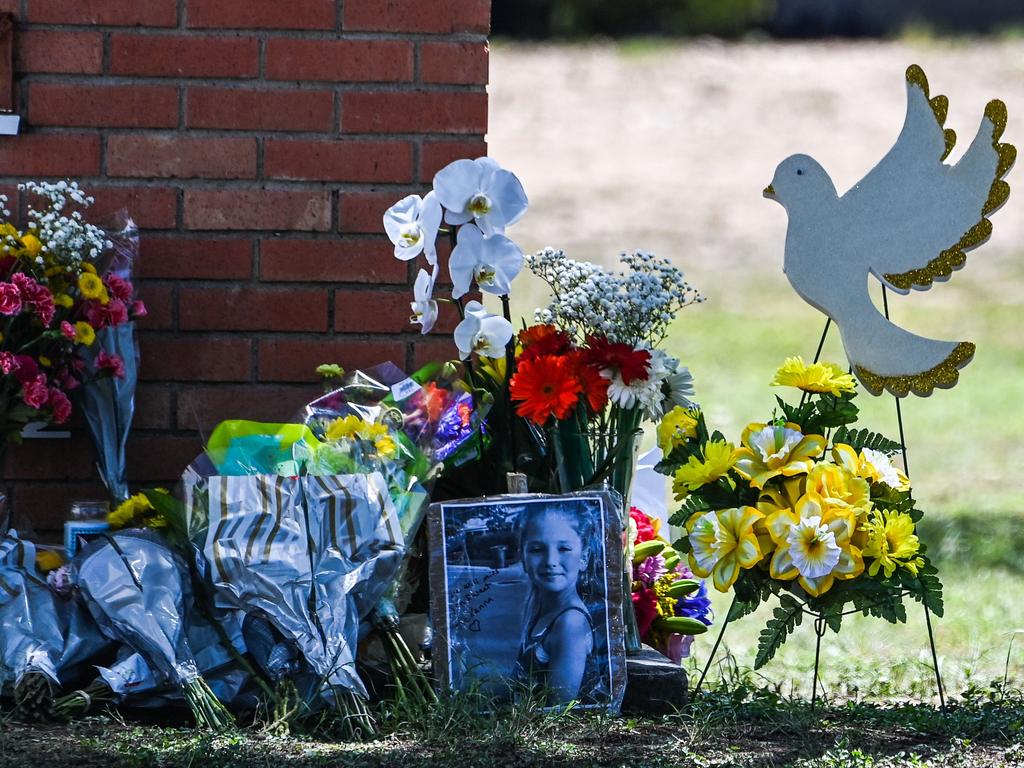 The photo of Makenna Lee Elrod, a little girl victim of the shooting, is seen by flowers placed on a makeshift memorial in front of Robb Elementary School. 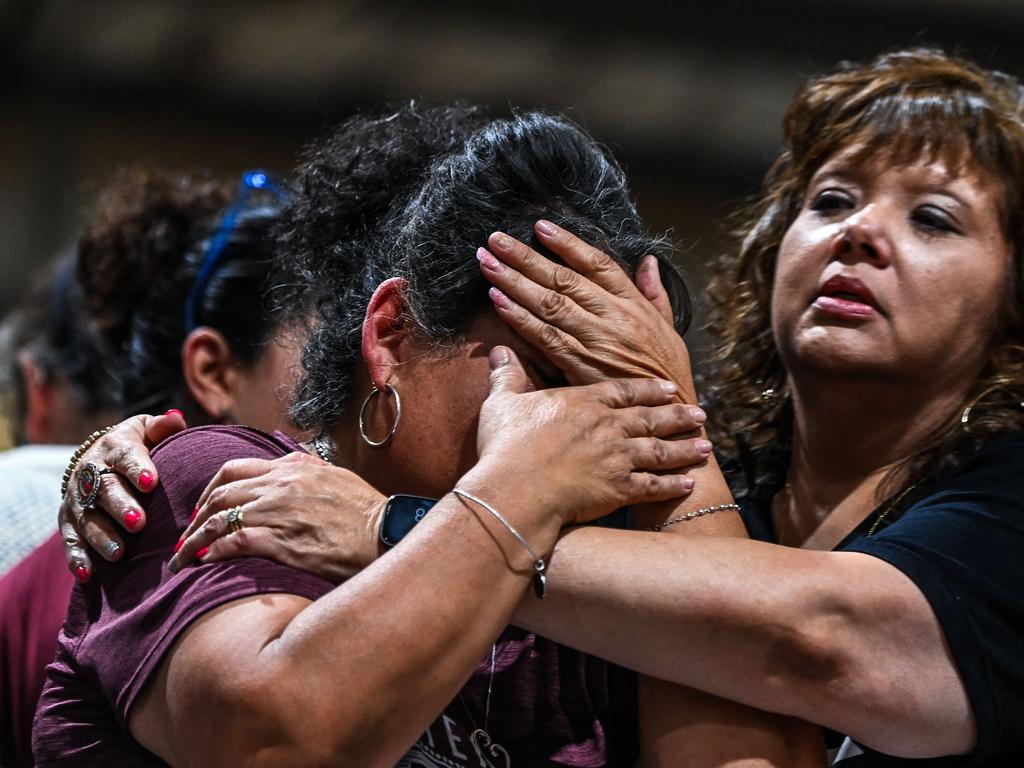 A woman cries as she attends the vigil for the victims of the mass shooting.

“The situation could’ve been over quick if they had better tactical training, and we as a community witnessed it first-hand.”

A witness who lived across the street from Robb Elementary, said onlookers begged officers outside the school to do something as bullets rang inside the building.

“Go in there! Go in there!” nearby women shouted at the officers who did not go inside, 24-year-old Juan Carranza, 24, said.