×
Thursday - 18/08/2022 13:45
A new report goes inside Williams’ mysterious health struggles and paints a picture of the chaos that plagued her talk show’s 13th and final season.

Wendy Williams often appeared incoherent in the months leading up to the cancellation of her talk show, and then had to be repeatedly reminded that the program had been axed, according to a new report that sheds light on her battle to stay on the air.

Why the 58-year-old host of The Wendy Williams Show didn’t return to her iconic purple chair last fall continues to haunt fans of the daytime gossip queen. Williams has cited complications from Grave’s disease and lymphedema, but the two conditions don’t fully explain her increasingly bizarre speech seen in several interviews over the past year.

“To this day, we don’t know truly what the issue is,” Lonnie Burstein, an executive at Debmar-Mercury, the production company behind The Wendy Williams Show, told The Hollywood Reporter.

Sources said Williams spent the summer of 2021 in and out of hospitals but continued to insist she was fine, even as it became clear to those around her that her once-sharp mind—which for 13 years kept viewers entertained every day for half an hour of unscripted shit-talking—was faltering.

Staffers say there were signs that her health was declining in the four years leading up to the show’s cancellation. Producers had to text Debmar-Mercury execs “at least 25” times asking whether the host was sober enough to go on the air. At least one pre-taped episode had to be pulled because she reportedly wasn’t sober enough. One source said staffers would “find bottles [of alcohol] up in the ceiling tiles and other strange places in the office.”

By September of last year, the show’s 100-person staff had grown extremely worried about Williams and their own job security after her prolonged absence from Season 13. The host Zoomed into the studio to quell their concerns, which only intensified as her speech became more and more out of touch with reality.

“She gets on and she starts rambling about ‘I’m really fine, it’s going to be fine,’ and it’s like, ‘What are you saying?’” one show insider told The Hollywood Reporter, explaining that Williams was “starting not to be coherent.”

Burstein said, “It lasted two and a half, three minutes, and it was not pretty,” adding that “people were sort of freaked out. She was saying things like, ‘Oh, I can’t wait, I’ll be back with you really soon,’ but it was obvious to anyone watching that she was not going to be back really soon.”

“She was saying things like, ‘Oh, I can’t wait, I’ll be back with you really soon,’ but it was obvious to anyone watching that she was not going to be back really soon.”

Things went downhill from there, as Williams continually teased her return to the show while offering no details about her physical or mental health. Amid a revolving door of 16 guest hosts brought on last year for Season 13, networks were pressuring Debmar-Mercury for an answer about whether The Wendy Williams Show would be returning in its original form.

“At a certain point, you can’t really play what-if,” Fox TV stations programming exec Frank Cicha told THR. “You do have to have an answer.”

Finally, The Wendy Williams Show was officially canceled in February, and the time slot was given to Sherri Shepherd, a friend of Williams who had guest-hosted in her absence. Williams didn’t take the news well, despite the fact that she allegedly couldn’t produce a doctor’s note proving she was healthy enough to get back to work.

“I believe that if there was a piece of paper that said, ‘No problem, she’s all good,’ she wouldn’t hesitate to show it,” said Debmar-Mercury co-president Mort Marcus, suggesting the host’s health was so dire that her doctors couldn’t clear her return.

Even after the cancellation was announced, a confused Williams reached out to Debmar-Mercury executives multiple times wondering why her show had been axed and asking when she could return. Marcus and co-president Ira Bernstein told THR that each time Williams contacted them, it was like she was having the conversation for the first time.

“After the cancellation was announced, a confused Williams reached out to executives multiple times wondering why her show had been axed and asking when she could return.”

A representative for Williams did not immediately respond to requests for comment from The Daily Beast.

Sadly, this painful portrait of Williams aligns with what the public has seen in the past year. In February, Wells Fargo petitioned a New York judge to appoint a financial guardian for the TV host. The bank labeled her an “incapacitated person,” and a former financial advisor said Williams was not “of sound mind,” Page Six reported at the time. Afterward, Williams posted an Instagram video in which she twirled her hair while repeating, “This is not right, and this is not fair.”

An appearance on TMZ in June concerned fans even more, as the one-time firebrand appeared to slur her words and even held up her foot to the camera to show the effects of swelling brought on by lymphedema.

Personal staff shake-ups also point to turmoil within Williams’ inner circle. She stopped communicating with her manager, Bernie Young, around Thanksgiving, with Young telling THR, “Her family wanted to take over and do the things that they wanted to do for her and with her and it’s like, ‘All right, OK. Look, I don’t agree, look at the progress.’”

Meanwhile, it appears those close to Williams are worried about her new manager, jeweler William Selby, who admits he can’t always control what his client is going to do. “She’s an adult. I can’t lock her up in a house and say, ‘Don’t move, don’t even look out the window.’ This isn’t prison,” Selby told The Hollywood Reporter in reference to her latest interviews.

Nowadays, tabloids continue to hound Williams, photographing her asleep at a Louis Vuitton store with a full champagne flute next to her, or standing barefoot in the lobby of her Manhattan apartment building. And yet, Williams continues to promise her return, now in the form of a podcast called The Wendy Experience. In a since-deleted promo posted last week, she pledged, “Co-hosts, I’m famous, and I’ll be back, trust me.” 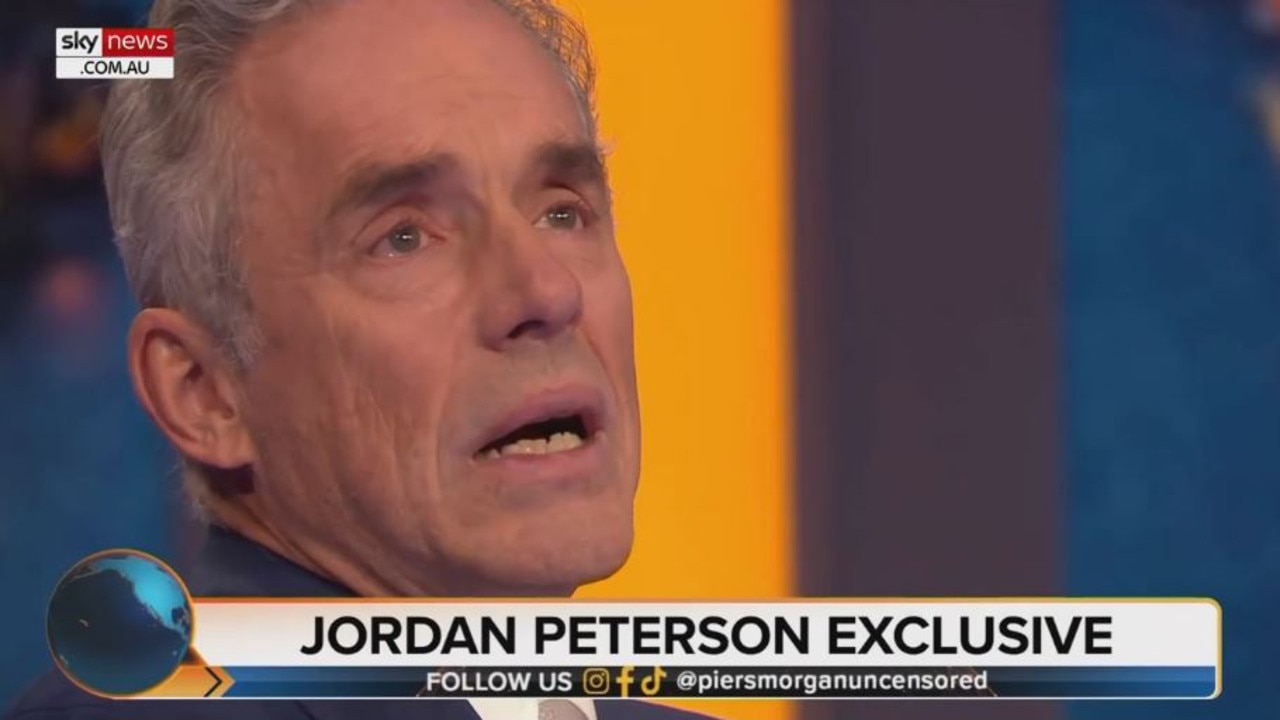 Psychologist and author Dr Jordan Peterson broke down in tears during an interview over comments...