Donald Trump’s national security adviser, John Bolton, was a key architect of the US invasion of Iraq in 2003. Now he is stoking tensions with Iran. Julian Borger describes how the standoff could get out of control. Also today: Katharine Viner on how the Guardian is updating its language when reporting on the climate crisis

John Bolton, who has been called “the most dangerous man in the world”, was not Donald Trump’s first pick for his national security adviser. But after a series of resignations, he was plucked from a life of Fox News appearances to reprise his career as the foremost military hawk in the US. Now he has his sights set on Iran and has pushed for a buildup of US military assets in the Gulf.

The Guardian’s world affairs editor, Julian Borger, tells Anushka Asthana that as tensions rise, so do the chances of an accidental – or deliberate – escalation towards war. The echoes of the drumbeat to war in Iraq in 2003 are all too apparent, and it was Bolton’s role in that crisis that prompted a Guardian columnist to attempt to make a citizen’s arrest of him in the tranquil surroundings of the Hay literary festival in 2008. George Monbiot describes how he came out second best from that encounter.

Also today: the Guardian has updated its style guidance for journalists writing and talking about the environment. Instead of “climate change” the preferred terms are now “climate emergency, crisis or breakdown” and “global heating” is favoured over “global warming”. The editor-in-chief, Katharine Viner, explains why precision in language is important in reporting on the climate and why the changes have been made now. 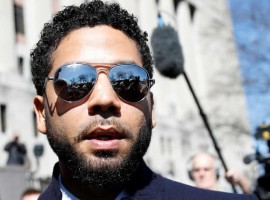