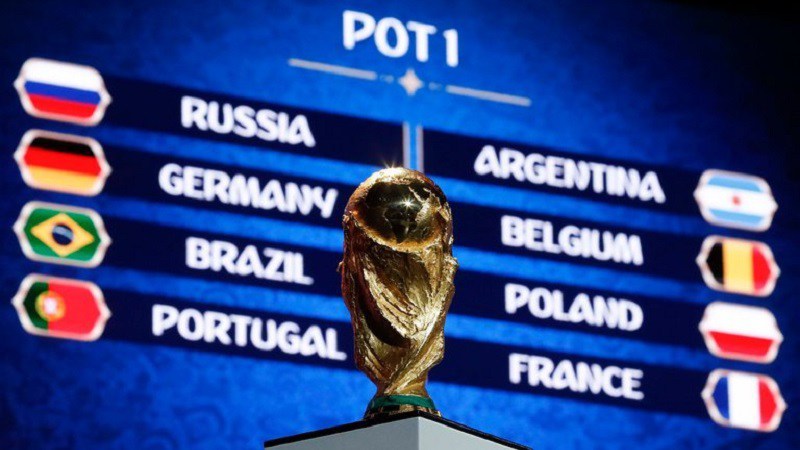 If you're Italian, Dutch or American — look away now. There's nothing to see here.

However, if your ancestors hailed from Iceland, Panama or Peru, I'm guessing you're getting very excited. You should be. Unlike those three aforementioned non-qualifiers, your people are going to the World Cup.

As a fan, it's all about patriotism. The World Cup is a quadrennial excuse to drape yourself (and maybe even your vehicle) in the flag of your country of origin. It's when friends and family gather in the basement in front of the new widescreen TV to belt out the national anthem and then squirm on pins and needles for the next 90 minutes.

Once committed, there is no going back on this emotional investment. You're hooked for as long as it lasts. Meal times are moved, work schedules adjusted and sleeping patterns disrupted. You'll do whatever it takes for one month every four years as the World Cup takes precedence over spouses, children, pets and in-laws.

Be warned, though — it will almost certainly end in tears. Only eight nations have ever scaled the mountain and lifted the trophy. That means your team will, in all likelihood, face an emotional and in some cases ignominious exit at some point in the coming weeks.

But you're ready for that, right? Here's what else we know as the 2018 World Cup kicks off Thursday in Russia:

Germany always shows up. It is a well-drilled, well-oiled machine that can be relied upon to be in contention at the business end of every World Cup. The defending champions won the test event, the Confederations Cup, in Russia last year and should be a lock to reach at least the semifinals of the main event.

Brazil will entertain us. It always does. The Brazilians were the first South American nation to qualify for Russia, losing just one of their 18 qualifiers. Since then the Samba giants have beaten the World Cup hosts in Moscow and the mighty Germans in Berlin. No one has forgotten how Germany destroyed Brazil at their own World Cup four years ago with a 7-1 rout in the semifinals, but all the signs point to a successful rehabilitation.

Cristiano Ronaldo is nearing the end. The Portuguese talisman will be 37 by the time we get to the Middle East four years hence, so it's now or never for CR7. He has won everything there is to win during his spectacular career — everything except a World Cup. Two years ago, Ronaldo led his nation to European Championship glory, but surely it is too much to expect that Portugal could also hoist the World Cup on July 15.

Time is also running out for Lionel Messi. Alongside Ronaldo he is the most gifted player of his generation, but is the Argentine playmaker past his best? Messi will celebrate his 31st birthday at the World Cup, but will he ever get his hands on it? He should have done so in Brazil. Argentina had the better of Germany for long periods in the 2014 final but Messi walked away with the Golden Ball, not the golden trophy he coveted. It is entirely possible he will never get that close again.

Every World Cup introduces us to the next generation of global superstars. Remember James Rodriguez in 2014? The then 22-year-old Colombian lit up the tournament with a series of dazzling performances and highlight-reel goals. Mo Salah could be next in line. The Egyptian striker has just completed a record-breaking first season in the Premier League with Liverpool. He has wonderful natural ability and his maturation has led his country back to the World Cup for the first time in 28 years.

Harry Kane is also primed for his first World Cup. At the tender age of 24 he has been handed the England captaincy — a big responsibility for a player still some years away from his peak. Kane is England's most proficient goal-scorer since a 17-year-old Wayne Rooney first exploded onto the international scene.

Argentina is not short of strikers. And now it has another potential gem to add to its crown jewels. Paulo Dybala, 24, has been honing his craft in Italy over recent years and his most profitable season to date with Juventus has earned him a World Cup call. Dybala's speed of thought and deed are not in question. Whether or not he can push his way up the pecking order past Sergio Aguero and Gonzalo Higuain to complement Messi is the real dilemma facing coach Jorge Sampaoli.

Iceland should be everyone's second-favourite team. They were a joyous revelation at the Euros in 2016 and now they've taken the next step and qualified for the World Cup for the first time ever. The team works incredibly hard and the fans are all in, all the time. For an island nation with a population of less than 350,000, Iceland's success is a modern-day fairytale. Regardless of results, they will enjoy the adventure and so should you.

So brace yourself. Here comes a global rollercoaster that will whisk you away to Paradise Island, then toss your emotions in the garbage like a frayed, dirty rag. Hold on tight and enjoy the ride.

Keywords: 2018 World Cup
admin  11:29 SA 12/06/2018
Share:
England arrive! Three Lions rock up at Repino hotel for World Cup (VIDEO)
Poland player Glik hopes to be fit for World Cup
We are using cookies to give you the best experience on our website. By continuing to browse, you are agreeing to our Cookie Policy.
You did not use the site, Click here to remain logged. Timeout: 60 second