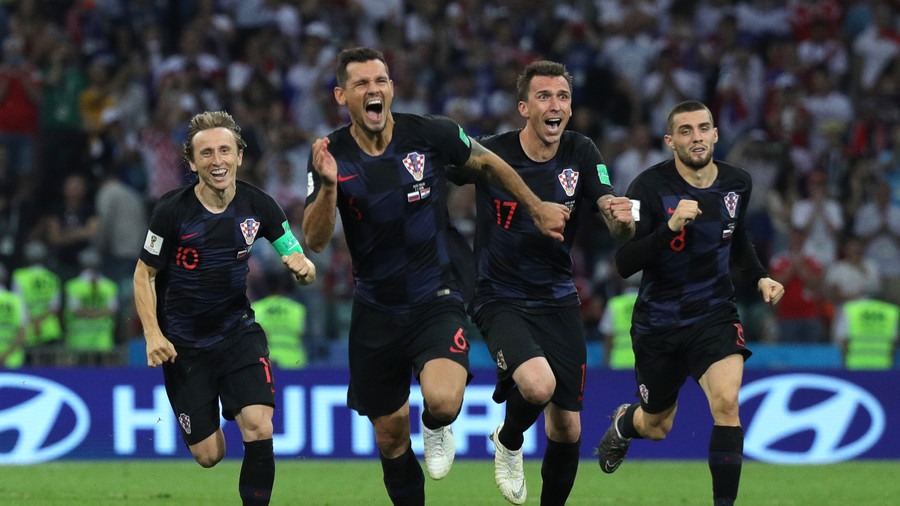 Croatia, with a population of just 4.17 million, booked their place in the July 15 final at Moscow’s Luzhniki Stadium by beating England at the same venue 2-1 after extra time on Wednesday night.

The Croatians become the smallest nation to contest the World Cup final since Uruguay, who won the tournament in 1950 when the nation had a population of around 2.4 million.

On that occasion, the Uruguayans defeated a heavily-fancied Brazil team 2-1 at the Maracana in the final second-stage group game, which effectively served as the tournament’s final.

It was the plucky South Americans’ second World Cup title, with the first coming on home soil in the inaugural edition in 1930.

Over the years, other relatively small nations to have punched above their weight by reaching the final include Sweden, Hungary and the Netherlands – all of whom fell at the final hurdle.

Croatia will be hoping to avoid that fate when they take on France in Moscow on Sunday.

They booked their place in the final by seeing off England 2-1 after extra time, making light of the fact that the Three Lions hail from a land with a population of around 53 million.

The Croatians overcame an even bigger demographic difference in the quarter-final, beating Russia – a nation of around 145 million – on penalties.

The Croatians went into Russia as the 20th-ranked team in the world, but in particular their midfield talents of Real Madrid’s Luka Modric and Barcelona’s Ivan Rakitic meant they were fancied by many as dark horses for a decent run.

That’s proved to be the case, although they have relied on large part on grit and determination to see them through the knockout stages, beating Denmark and Russia on penalties before seeing off England in extra time.

They will meet a French team which eased past Belgium 1-0 in their semi-finals, and which boasts a population difference of around 62 million people more than Croatia.

The Balkan nation has made light of such differences so far, and will fancy their chances of doing so again on Sunday.

admin  6:59 CH 11/07/2018
Share:
Belgium see off England 2-0 to claim third place
Pogba dedicates World Cup semi-final win to Thai boys rescued from cave
We are using cookies to give you the best experience on our website. By continuing to browse, you are agreeing to our Cookie Policy.
You did not use the site, Click here to remain logged. Timeout: 60 second