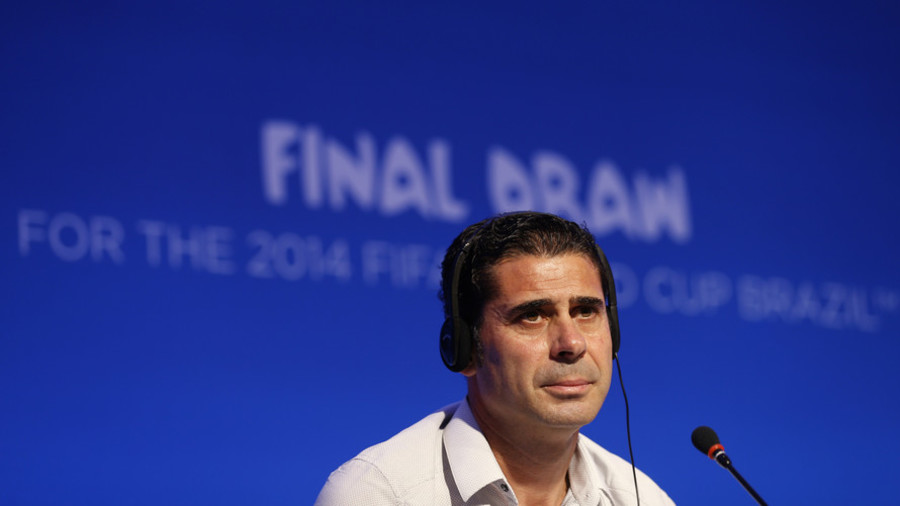 pain announced they had appointed the former Real Madrid and Bolton Wanderers defender Fernando Hierro as coach for the World Cup in a press conference on Wednesday, adding that the 89-times capped player will be on the sidelines for his team’s World Cup opener against Portugal on Friday.

Hierro, a former captain of Spain, will be presented to the media in Russia later on Wednesday before plans begin in earnest for the new management team to devise a strategy to defeat their Iberian peninsula rivals in their opening match in Group B.

"Fernando Hierro will assume the position of national coach in the World Championship of Russia and will appear before the media accompanied by the president RFEF, Luis Rubiales," a statement issued by the Spanish Football Federation read.

"Next, he will direct his first training and on Friday he will debut in Sochi at the match of Spain against Portugal."

Hierro’s appointment comes in the wake of the Spanish Football Federation’s decision to remove Lopetegui from his role as head coach following his decision to accept the role as the new boss of Real Madrid after Zinedine Zidane left the post.

Luis Rubiales, President of the Spanish Football Federation, stated that Lopetegui’s actions had “forced” them into taking this action.

admin  9:50 SA 13/06/2018
Share:
Moscow turns into sea of color as Russia prepares for World Cup kick-off
North America bid wins FIFA World Cup 2026 hosting rights
We are using cookies to give you the best experience on our website. By continuing to browse, you are agreeing to our Cookie Policy.
You did not use the site, Click here to remain logged. Timeout: 60 second