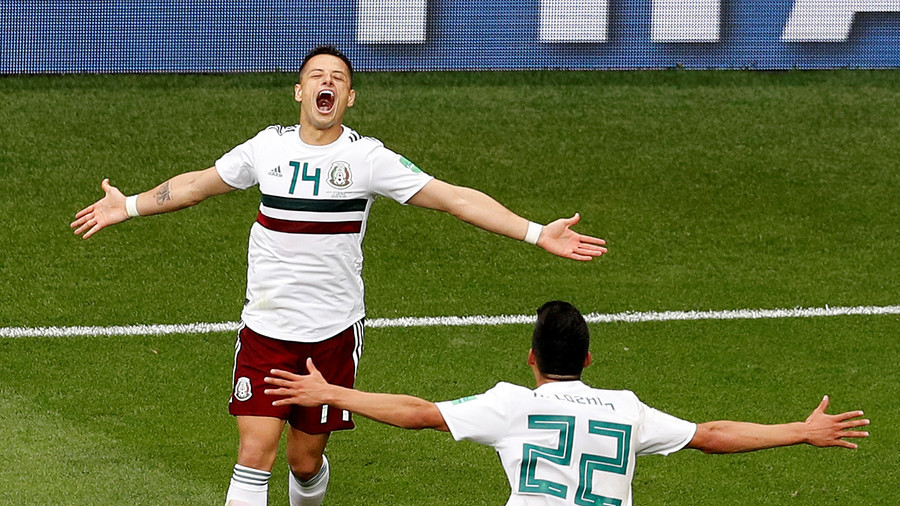 The Mexicans went into the game with confidence high after their shock 1-0 opening win over reigning champions Germany in Moscow last weekend, and made it two wins from two in Group F with a goal in each half in a well-deserved victory over South Korea.

Juan Carlos Osorio’s team dominated possession in the opening stages, and took the lead from the penalty spot on 26 minutes after Andres Guardado’s cross into the box was clearly handled by a sliding Jang Hyun-soo.

Carlos Vela stepped up to slot the ball home, sending South Korean goalkeeper Cho Hyun-Woo the wrong way from what was the 14th penalty in 28 games at Russia 2018. 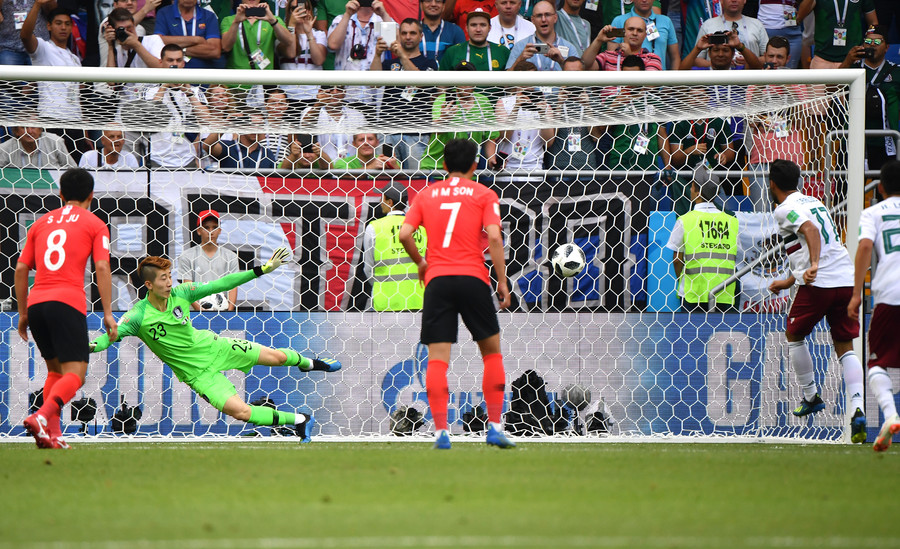 The South Koreans had chances of their own through star striker Son Heung-min, but the Tottenham man was wasteful on several occasions – once when played through but allowing the Mexican defence to get back, and once seeing ‘keeper Guillermo Ochoa save at his feet.

The second half started at a frantic pace with end-to-end action, with Ki Sung-yeung firing straight at Ochoa and Guardado drawing a fine stop from Cho at the other end.

Vela and Hirving Lozano also had chances for Mexico, before the second goal arrived with 25 minutes to go through Mexican all-time top scorer Hernandez.

Hernandez was on the end of a lightning break that bore all the hallmarks of the team’s goal against Germany, cutting inside from the left and bobbling the ball past Cho for his 50th international goal.

Mexico’s veteran captain Rafael Marquez replaced Guardado with 20 minutes to play, but almost gifted South Korea a lifeline when his attempted backpass was collected by Son, but the 39-year-old defender managed to track back just in time.

Mexico appeared in control but allowed the South Koreans to set up a nervy finale when Son struck a stunning goal from range three minutes into injury time. 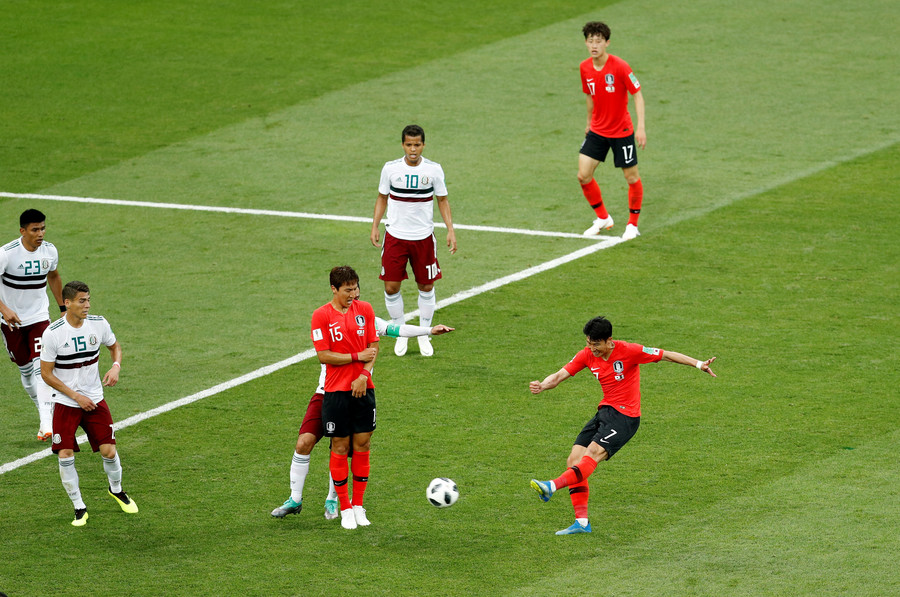 The result ended 2-1, giving Mexico two wins from two and putting them in the driving seat for top spot in Group F, and leaving South Korea without a win in two games and their World Cup hopes all but over.

The win also piles the pressure on Germany as they prepare to face Sweden later today in Sochi, after the reigning champions' opening game defeat and the Swedes’ opening victory over South Korea.

admin  2:26 CH 23/06/2018
Share:
Honors even in Japan and Senegal stalemate in Ekaterinburg Arena
Romelu Lukaku, Eden Hazard Braces Inspire Belgium Past Tunisia at World Cup
We are using cookies to give you the best experience on our website. By continuing to browse, you are agreeing to our Cookie Policy.
You did not use the site, Click here to remain logged. Timeout: 60 second