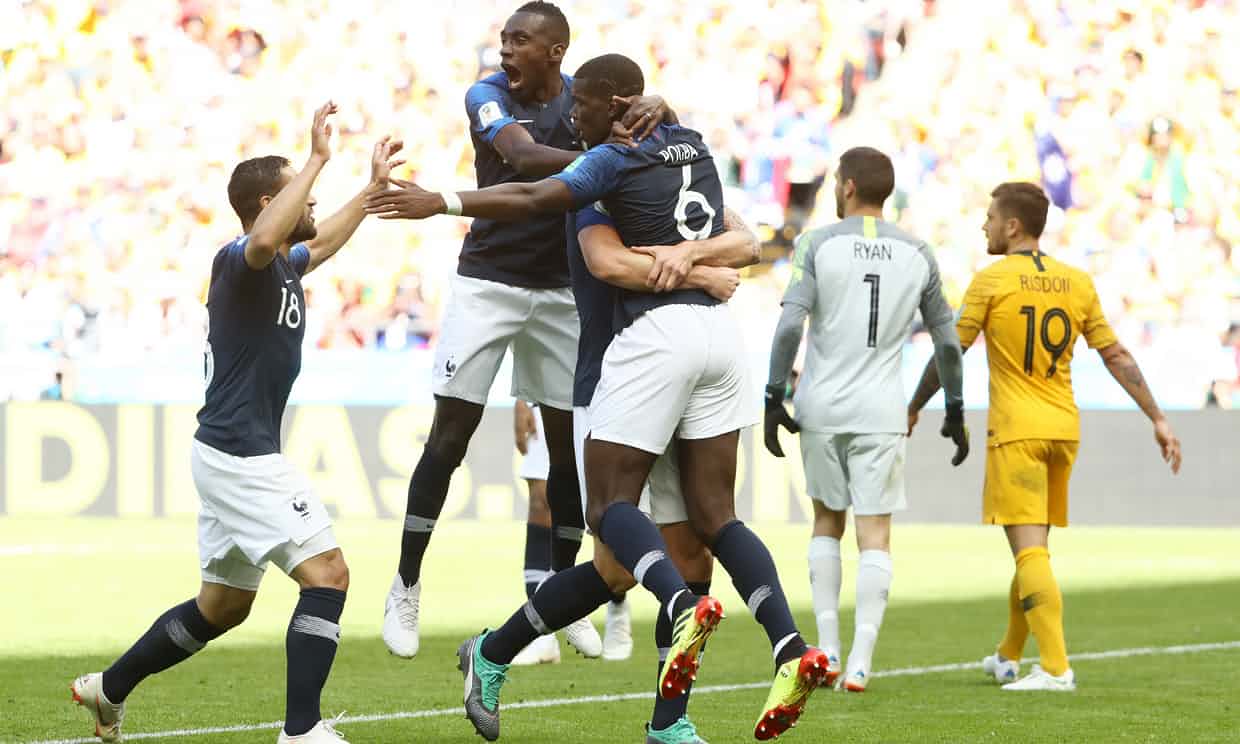 This was a game the like of which the World Cup has not quite seen before. A culture clash between the underwhelming French and the resilient Australians was an unyielding affair on the pitch – so much, so expected - but the most influential component was off-pitch technology. The goals in this narrow French win came courtesy of a VAR-assisted penalty and a GLT-awarded matchwinner.

It was an eventful afternoon for the full-kit video referees, who assisted the Uruguayan official in the middle of it all, Andrés Cunha, in exemplary fashion. Critics of technology might have their reservations but in real time, in the Kazan Arena, the reactions were quick, decisive and correct. It all seemed a world away from Frank Lampard’s infamous over-the-line-yet-not given goal at South Africa 2010 as Paul Pogba was able to pause with his arms outstretched in vague uncertainty for just a few seconds before the signal came that he could celebrate his deflected shot bouncing down off the crossbar and over that white line.

It proved a very welcome winning goal for France after a largely stodgy performance. Although this game presented itself as a challenge to Australia’s powers of containment, it soon turned into a test of character for Les Bleus. Didier Deschamps’ team is constructed around the vigour of youth, with seven of the starting XI playing in a World Cup finals for the first time, and Australia were in no mood to stand aside and allow too many dashing runs to go unchecked. Bert van Marwijk had called for guts and got gallons of it.

France’s bright start offered a flash of what Deschamps had in mind by teaming up Kylian Mbappé, Antoine Griezmann and Ousmane Dembélé up front. Matt Ryan had to deal with three shots on target in the opening five minutes. The best of them came as Mbappé seared in from the right and instinctively slammed in a fierce shot. The 19-year-old broke into a sweet smile as if to suggest this World Cup lark was just up his street.

admin  9:40 SA 16/06/2018
Share:
The 3 best moments of the World Cup so far... and they are all Ronaldo
Russia Flexes on Saudi Arabia in World Cup Opener 💪
We are using cookies to give you the best experience on our website. By continuing to browse, you are agreeing to our Cookie Policy.
You did not use the site, Click here to remain logged. Timeout: 60 second