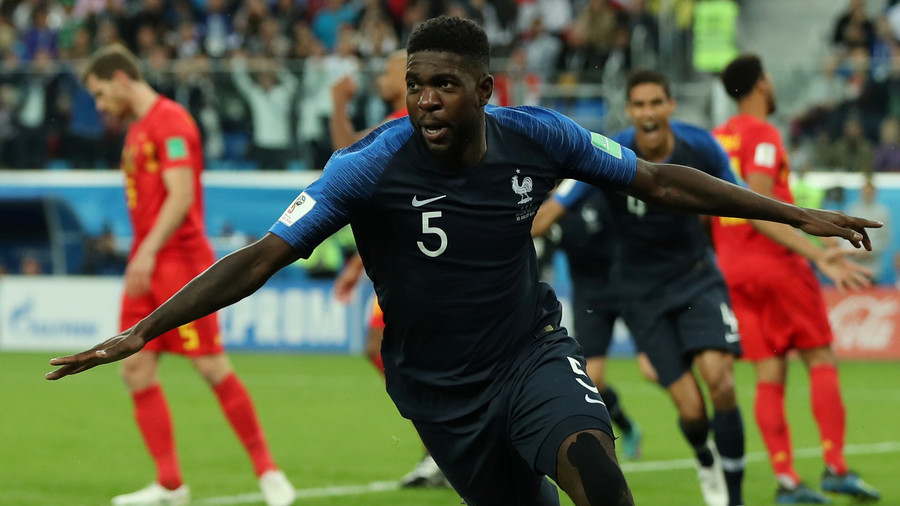 Just as his defensive partner Raphael Varane scored the winner against Uruguay in the previous match, in the 51st minute Samuel Umtiti rose high to direct his header past the endless stretch of Thibault Courtois. Off another delivery from Antoine Griezmann, though a corner, not a free kick this time.

People will complain that Griezmann has not taken on the mantle of Zinedine Zidane from 1998 and 2006 (though Kylian Mbappe is doing a more than adequate impression of a young Thierry Henry). But those must remember that it was two freak goals from non-scoring right back Lilian Thuram to take Les Bleus to their first-ever final twenty years ago.

And Didier Deschamps, portrayed as a philistine unaware of the banlieu-born jewels that had been bestowed upon him in advance of the tournament will now feel vindicated. His team has grown stronger from match to match, and their ability to impose their dominance once in a winning position, both against Uruguay and here, is testament to a collective of formidable quality and nous.

Yes, Olivier Giroud is still playing - and not scoring, but the big names are playing for their manager, and he has revealed two new stars to the world in Theo Hernandez and Benjamin Pavard.

admin  4:03 CH 10/07/2018
Share:
Pogba dedicates World Cup semi-final win to Thai boys rescued from cave
Football fans smashed stereotypes about Russia through social media – Putin
We are using cookies to give you the best experience on our website. By continuing to browse, you are agreeing to our Cookie Policy.
You did not use the site, Click here to remain logged. Timeout: 60 second