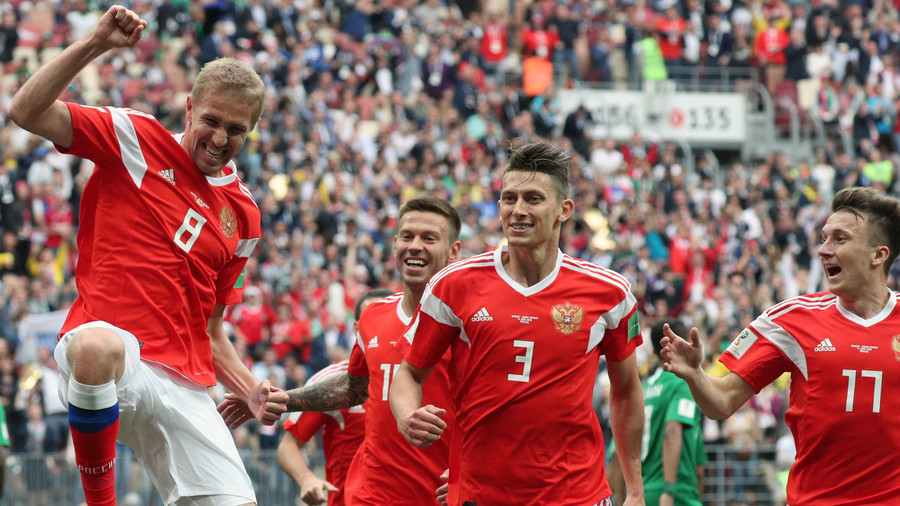 Gazinsky rose to head the host nation into the lead on 12 minutes from an Aleksandr Golovin cross. Moments before, Alan Dzagoev had forced a corner from the first real chance of the match.

The tall, blonde-haired 28-year-old plays his club football for FC Krasnodar and was perhaps a surprise selection for many in manager Stanislav Cherchesov’s 23-man squad having only won a handful of caps before the tournament.

Gazinsky made his seventh appearance for Russia against the Saudis and it looks like he will make at least a handful more on his performance in the World Cup opener.

admin  11:58 SA 14/06/2018
Share:
Russia opens World Cup with dominant 5-0 win over Saudi Arabia
Moscow turns into sea of color as Russia prepares for World Cup kick-off
We are using cookies to give you the best experience on our website. By continuing to browse, you are agreeing to our Cookie Policy.
You did not use the site, Click here to remain logged. Timeout: 60 second