Russia’s not withdrawing. It’s regrouping. And this time, its attack on Ukraine will be governed by brutal and costly experience.

Moscow’s been handed a heavy dose of reality by Ukraine’s competent and committed military and leadership. So now it’s preparing to fight as though this is a real war.

Military analysts say the Kremlin’s announced withdrawal from its attempted sieges of Kyiv and Chernihiv may be the first indication of a new offensive.

Instead of suicidal “thunder-runs” towards numerous, widely separated objectives, this time it’s likely to be a focused effort. And, if Russia’s past behaviour is anything to go by, peace talks are likely little more than a delaying tactic.


A useful depiction of how the two combatants in the Russo-Ukrainian war continue to maneuver and seize ground. Regardless of peace talks, this will continue as both sides seek to control as much territory as possible before war termination. https://t.co/Aj8Fgcq9VZ

Ukraine, however, isn’t putting any stock in his words.

“We know that this is not a withdrawal but the consequences of being driven out,” Ukraine’s President Volodymyr Zelensky said. “But we also are seeing that Russia is now concentrating its forces for new strikes on Donbas, and we are preparing for this.”

As Russia attempts to reshape its forces and objectives, Institute for the Study of War (ISW) analyst Nataliya Bugayova says Ukraine faces a new threat – a ceasefire offer.

“It seems odd to say that a ceasefire is a threat,” Ms Bugayova admits. “But while some ceasefires lead to peace, others lead to more war — as the Russians have repeatedly shown.”

Ukraine is in an unusual position of advantage.

“Russia is on the ropes in Ukraine today,” Ms Bugayova states. “It has not achieved any of Putin’s central objectives. The Russian army is suffering damage that will take years to repair, if repair is even possible.

“A ceasefire can stop the fighting for a time, but it will also give Moscow a chance to reset and prepare to renew the fighting on more advantageous terms.”

And President Vladimir Putin needs something that looks like a success.

The Kremlin says “phase one” of the invasion has been completed.

It hasn’t said what that phase actually was.

Russia’s tanks and troops have been repulsed from Kyiv. Its attempts to secure Kharkiv have stalled. The siege of Chernihiv is virtually over. And the remaining marines defending Mauripol are doggedly hanging on.

Only in the south, where Russian invaders surged out of occupied Crimea and over the Dnieper River, have any significant cities fallen.

Find out more about the UK government's response: https://t.co/SV5bl19zq3

“In four weeks of combat, Russia may have lost 25 per cent of its initial attacking force,” says Center for Strategic and International Studies (CSIS) senior advisor Mark Cancian. “Although reinforcements and replacements can offset some of these casualties, the loss of trained troops will impair military operations and eventually have a political effect”.

Political spin has little impact on reality. But self-delusion can be dangerous.

“Commentators suspect that Putin is not getting objective advice about the war and thus may not fully appreciate the difficulty his forces are in,” Mr Cancian notes. “This is a common problem in authoritarian regimes where officials do not want to bring bad news to an all-powerful leader. However, eventually, battlefield realities will assert themselves.”

Moscow has supplied a better indication of what “phase two” will look like.

The stated objective is to complete the “liberation” of the Donbas region.

Russia’s proxy forces have been fighting there since 2014. Unbadged Russian troops and tanks have been active in the region ever since the Maidan revolution expelled its puppet president from power within Ukraine.

“We clearly feel that the transfer of units in our direction is beginning now,” says Luhansk military district commander Serhiy Haidai. “And as the equipment and personnel are being turned over, our enemies are simply firing more densely, powerfully.” 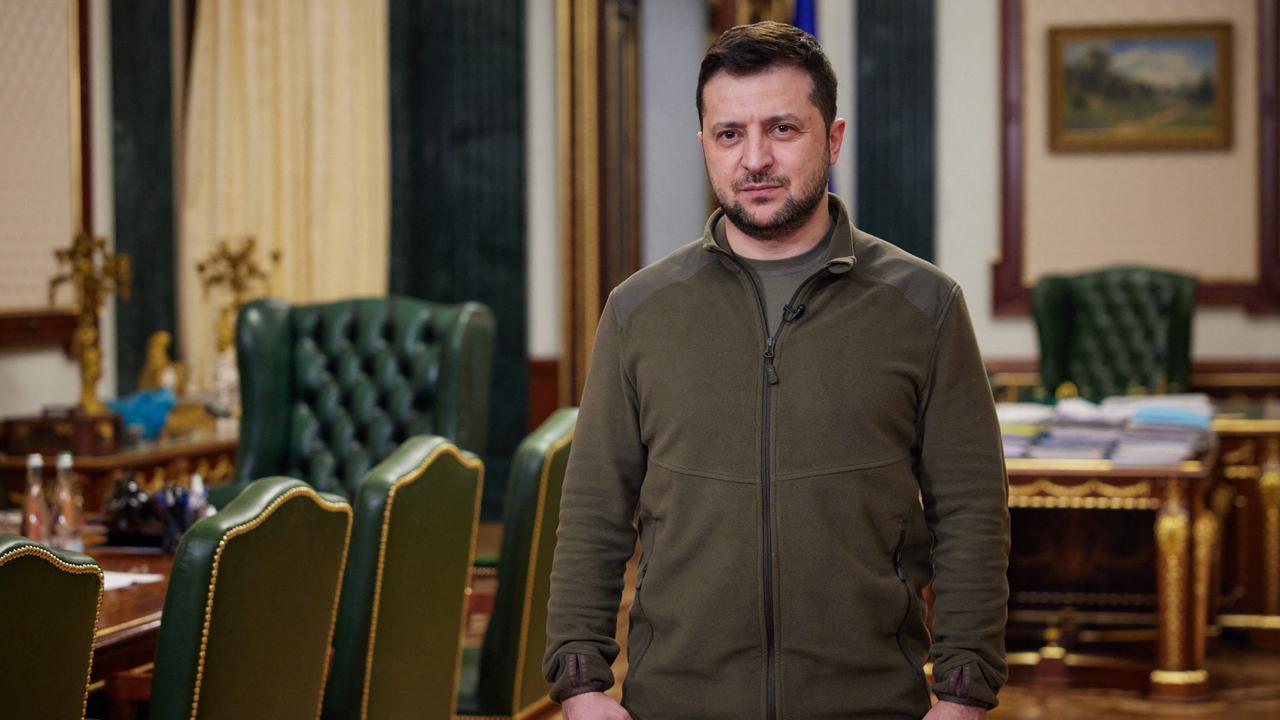 
Ukraine’s resistance has been unexpectedly strong – even in its Russian speaking districts.

The Sea of Azov coastal city of Mauripol has been virtually flattened by artillery fire. But pockets of troops and militia continue to hold out against the Russian invaders.

And Donetsk, despite being almost overrun in recent weeks, is the centre of fierce fighting once again.

Cell phones in combat are a bad idea. https://t.co/PckoCDGGk7 pic.twitter.com/g7piMaGfrz

There is, however, a possible second front.

The largest port city on the shores of the Black Sea, Odessa, remains securely in Ukraine’s hands. This is despite a major – and partially successful – thrust by Russia’s southern forces to secure it.

Capturing Odessa would give Russia the major Black Sea port it desires. It would also result in the remainder of Ukraine being almost totally landlocked, unable to access shipping for its crucial agricultural exports.

But even these Russian forces were eventually repulsed by fierce fighting around Mykolaiv, forcing the waiting assault ships to withdraw. 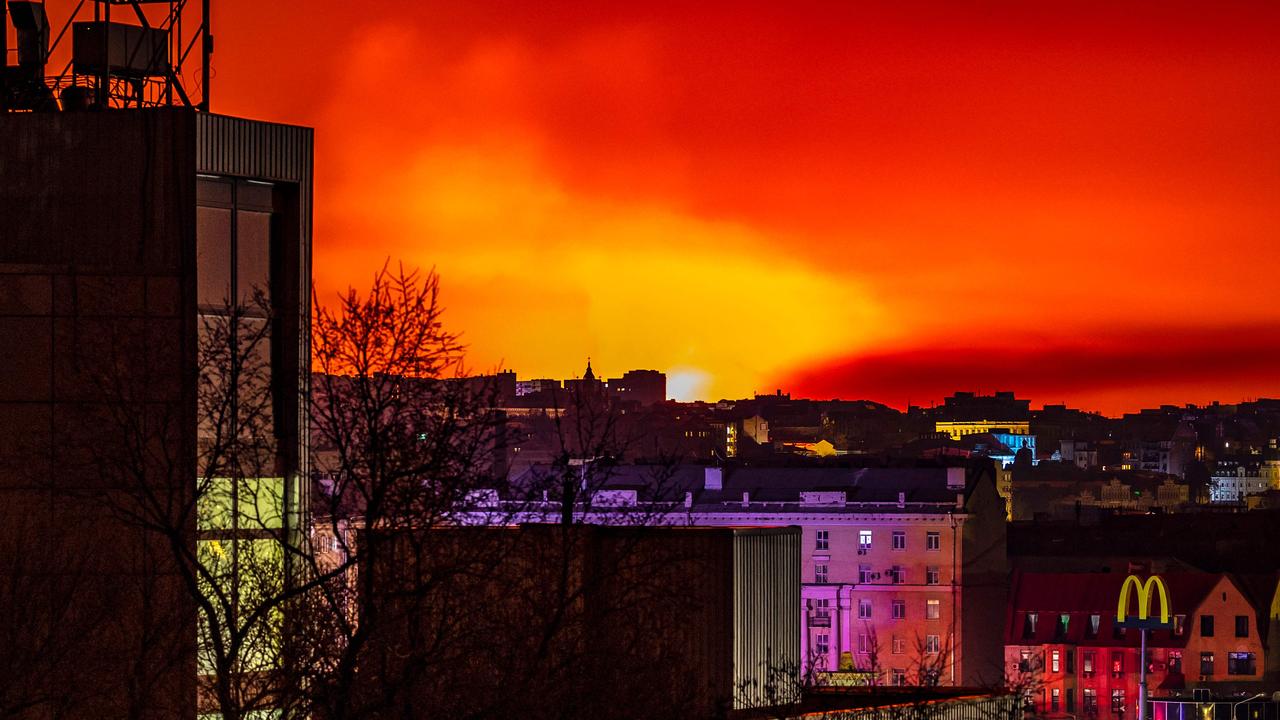 
And Kyiv remains the jewel in the crown.

Heavy fighting continues around the capital, despite Moscow’s talk of withdrawal. Ukraine’s military says it looks more like an attempt to regroup and resupply than a planned retreat.

Through the looking glass

President Zelensky places little value in ongoing diplomatic talks with the Kremlin. “Yes, there is an ongoing negotiation process. But these are still words.”

It’s a case of President Putin having a well-established reputation.

“Russia has repeatedly lied about its intentions,” NATO Secretary-General Jens Stoltenberg said in Brussels. “So we can only judge Russia on its actions, not on its words.”

“Vladimir Putin has used this approach successfully in Syria and Ukraine since 2014. He will likely try to use it again soon, and we must recognise it for what it is — a trap.”

Ms Bugayova says Ukraine may be able to reclaim much of the territory it has lost. The Kremlin’s troops are exhausted and demoralised. Their supply lines are overstretched.

“The West must back Kyiv in that endeavour, providing military aid that Ukraine needs and disregarding Russian ceasefire offers. (These are) meant to freeze the battlefield in what is likely close to the best configuration Putin can hope for.”

Ukrainian Armed Forces enter a village that was recently occupied by Russians, but has now been reclaimed. The village people welcome the Ukrainian soldiers with cheers and fruits. pic.twitter.com/MDS6MODb6Y

“Russia lacks a strong reserve force,” he says. “In theory, former soldiers could be recalled to service, and Russia is likely doing some of that. But these soldiers receive no training or follow-up after their active service.”

And forcing poorly equipped and trained conscripts to fight is an extreme political risk.

“Russia today is not the country of World War II that marched to victory over the bodies of its dead,” says Mr Cancian. Some 10 million soldiers died in that conflict.

“Russia may be an authoritarian regime, but it cannot suppress all dissent, just as the Soviet Union could not suppress discontent with the war in Afghanistan,” he adds. “Casualties will increase opposition to the war.”