×
Wednesday - 28/12/2022 00:29 Author: Editors Desk Source: BBC News:
Thirteen-year-old Nika Selivanova made a heart shape with both her hands, waving goodbye to her best friend Inna who was pressed up against the glass partition that divided the entrance hall of Kherson's train station from the waiting area.

Hundreds of people are leaving on their own, a queue of cars building up at the checkpoint leading out of Kherson, filled with terrified civilians.

Iryna Antonenko was in tears when we walked up to her car to speak to her.

'We can't take it anymore. The shelling is so intense. We stayed this whole time and thought it would pass and that we would be lucky. But a strike hit the house next to ours, and my father's home was also shelled," she said.

She planned to travel to Kryvyi Rih, a city in central Ukraine where she has family.

Just last month, there had been jubilant scenes in Kherson. Taken by Russian forces on the second day of the invasion, the city was liberated on 11 November.

Close to the spot where masses had gathered waving Ukrainian flags to celebrate being freed from Russian control, a mortar attack on Christmas Eve left eleven dead, and dozens injured.

Among the dead were a social worker, a butcher and a woman selling mobile Sim cards - ordinary people working at or visiting the city's central market.

That day, Kherson was hit by mortars 41 times, according to the Ukrainian government.

The Russians are firing from the left (east) bank of the Dnipro river, where they withdrew to; the waterway has become a de facto frontline in the south of Ukraine. 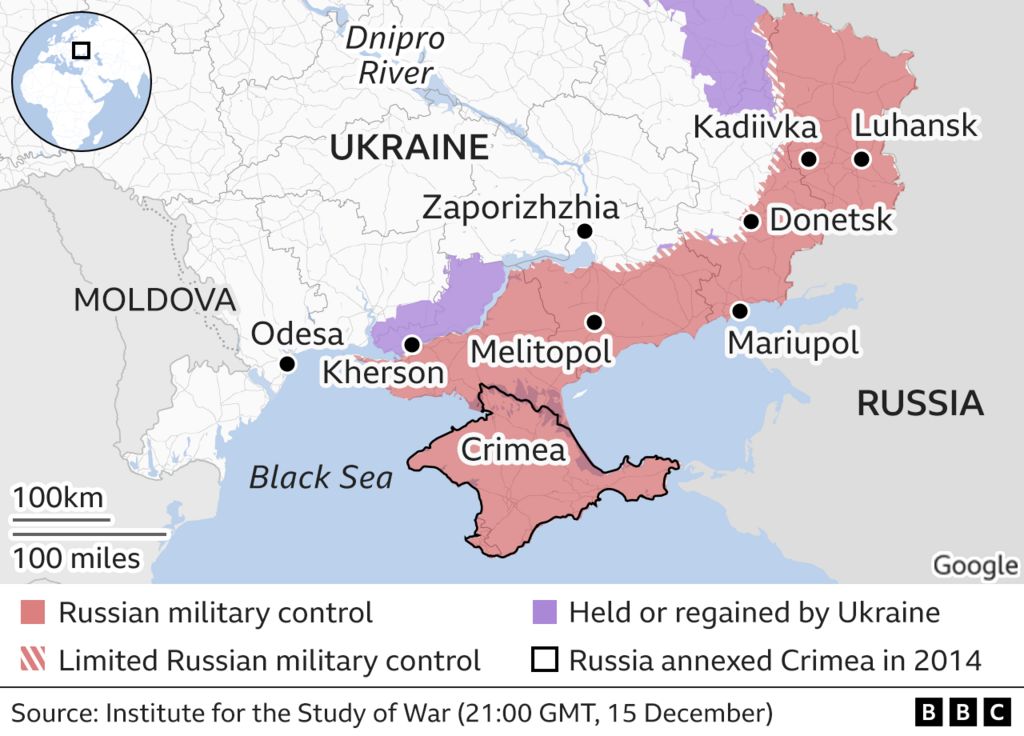 Kherson is a strategically important region, often called the gateway to Crimea. Many analysts say that Russia has now been forced into a defensive position here.

It's hard to see what it hopes to gain from the pounding of Kherson. In addition to mortar shells, we have also seen incendiary munitions being used - fiery sparks raining down on the city, intended to set fire to targets.

It's also unclear if the Ukrainian military is attempting to take back control of areas on the left bank of the river.

Here in the city, there's barely ever a break from the constant sound of mortar shell attacks.

Serhii Breshun, 56, was killed when he was asleep. His home collapsed on him after a shell hit it.

The day after he died, we met his mother, 82-year-old Tamara, who had come to search for his passport in the rubble. She needed the document to get his body released from the morgue.

"I must have had a sense that something would go wrong that day. Because I spoke to him [over the phone] and urged him to leave the house. He didn't and that was it. Our lives have been ruined," she wept.

We'd barely finished talking to her, and there were more loud explosions.

The elderly mother's lone pursuit to give her son a dignified farewell is a dangerous one, because no part of Kherson is safe.

Surviving here, whether out in a street or inside a home, is a matter of chance.

Thirty-nine-year-old Red Cross volunteer Viktoria Yaryshko was killed in a mortar shell explosion just outside the organisation's base in Kherson, a few feet away from safety.

Her mother Liudmyla Berezhna showed us the medal of honour Viktoria was given.

"I'm very happy she helped a lot of people. She was so kind. But it's also painful for me. I must recover and raise her two children. I tell them they should be proud of their mother because she is a hero," she said.

Viktoria had been living in the underground shelter of the Red Cross with her two children - 17-year-old Alyonushka and 12-year-old Sasha. They continue to live there, feeling comfort and protection amidst a group of volunteers who've become family.

'When someone so close dies, it is difficult. But if we give up and stop, then her death would have been in vain. We work to make sure people live. Everything else is secondary," said Dmitro Rakitskyi, Viktoria's friend and another volunteer.

But it's hard to do that knowing your own family could be in danger every minute.

When a few moments later, more bombs go off, Dmitro paces up and down trying to call his wife, tension visible on his face. He has two children.

"They don't want to leave. They worry about me, and I worry about them. That's how we live," he said.

"What makes me most angry is that they [Russian forces] always hit civilian infrastructure. Houses, apartment blocks, boiler rooms. It's impossible to understand the logic behind these attacks," Dmitro said.

"We almost never have power or water. It comes briefly sometimes and is gone again because of shelling. It's very scary at night. We still have gas though, and are able to stay warm," one resident, Larysa Revtova, said.

Tens of thousands of civilians are still living in Kherson, but at least twice this week the regional administration has urged them to leave.

It is a city haunted by relentless and indiscriminate attacks. 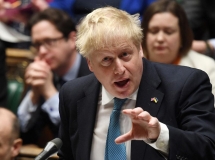