×
Friday - 02/12/2022 21:30 Author: Editors Desk Source: BBC News:
Finnish PM Sanna Marin has said Europe is "not strong enough" to stand up to Russia's invasion of Ukraine on its own, and has had to rely on US support.

During a visit to Australia, the leader of the pending Nato member said Europe's defences must be strengthened.

"I must be brutally honest with you, Europe isn't strong enough right now," she said. "We would be in trouble without the United States."

The US is by far the largest provider of military assistance to Ukraine.

The second largest donor is the European Union, followed by the UK, the Kiel Institute for the World Economy says. But their contributions are dwarfed by those of the US.

And with European countries' military stocks depleting as they supply Ukraine, Ms Marin said more needed to be done to bolster European defences.

Speaking at the Lowy Institute think tank in Sydney on Friday, Ms Marin said: "The United States has given a lot of weapons, a lot of financial aid, a lot of humanitarian aid to Ukraine and Europe isn't strong enough yet."

She added that Europe must make sure it is "building those capabilities when it comes to European defence, European defence industry, and making sure that we could cope in different kinds of situations".

While in office, US President Donald Trump regularly criticised European countries in Nato for not spending enough on defence

During her talk, Prime Minister Marin went on to criticise some European countries' attempts at building closer ties with Russia in recent decades.

"For a long time, Europe was building a strategy for Russia... to buy energy from Russia and to closen those economic ties, and we thought that this would prevent the war," she said.

But she said that mindset was "proven entirely wrong".

Wide-reaching sanctions have been introduced by the EU and the US, among others, with the aim of limiting the resources Russia has to continue the war.

Many European Union and Nato member countries have also pledged to increase their defence spending following the start of the war.

In February, Germany announced an extra $113bn (£84bn) for its army, and a constitutional commitment to Nato's military spending target of 2% of GDP.

In June, the UK - under then-Prime Minister Boris Johnson - said its defence spending would hit 2.5% of GDP by the end of the decade.

All Nato members must commit to 2% to "to ensure the alliance's military readiness," Nato says. And there have been recent calls on Nato members to increase their defence spending to 3% of GDP.

Finland, which shares a long border with Russia, formally applied to join Nato in May. Accession protocols were signed in July, although they are yet to be ratified by all other members. 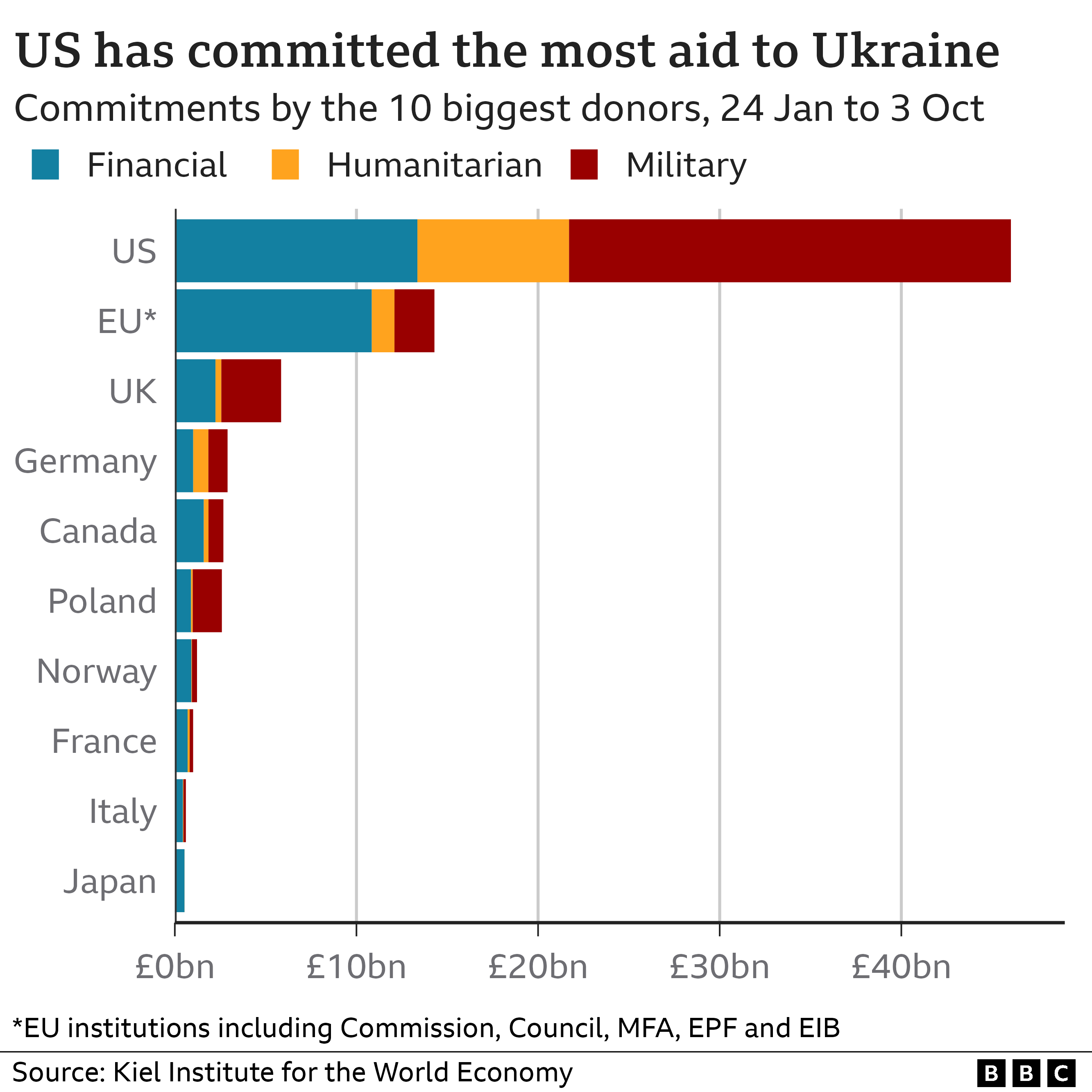 Crimea will never again be part of Ukraine - Croatian president

Croatian President Zoran Milanovic made this comment as part of his objection to sending military...