The eyes of the world are on Ukraine as Russia continues to build up its armed forces along the border and engage in military exercises.

Western military experts fear Russian President Vladimir Putin could launch a full scale invasion, as of February 2022, in a matter of days to seize territory given up by Russia in the fall of the Soviet Union.

Mr Putin has stated Russia has no plans to attack Ukraine, and, in December 2021, armed forces chief Valery Gerasimov even denounced reports of an impending invasion as a lie.

He said that more than 95 per cent of Moscow’s ground-based strategic nuclear forces are “kept in constant readiness for combat use”.

However, the US says Russia has offered no explanation for the troops posted close to Ukraine.

Western experts believe Russia has amassed some 130,000 troops along its northern, eastern and southern borders with Ukraine.

Russia has also sent troops into Belarus, a close ally, for what are described as joint military exercises although it is believed this is just a cover to send forces to the Ukraine border.

The Ukrainian ambassador to the UK said the risk of invasion is “extremely likely”.

On January 23, 2022, Vadym Prystaiko told LBC: “We believe that the risk is extremely high.”

He added that 100,000 troops are currently “not enough” but Mr Putin is “gradually building up” with the helicopters and S-400 systems.

The attack left much of the country without heat, light and access to cash, which is feared to act as a prelude to an invasion.

Mr Ellwood wrote on Twitter: “RUSSIA is on the brink of an invasion. And once again will try to re-draw the map of Eastern Europe. History will ask - why did we not learn from history?”

Mr Putin is believed to want to reclaim many territories lost at the fall of the Soviet Union.

He first made inroads into Ukraine back in 2014 when Russian troops illegally annexed the Crimea peninsula - sparking international condemnation.

Conflict has raged in Eastern Ukraine ever since as Mr Putin backed-rebels fight against the government in the disputed Donbas region.

On February 12, 2022, British nationals were told to leave Ukraine while commercial routes were still open as tensions in the region rose.

The warning from the UK Foreign Office came as the US said Russia could invade “any day now” and told its own citizens to leave in the next 48 hours.

UK Armed Forces Minister James Heappey said the advice to Britons in Ukraine had changed because Russia was at a stage where it could attack “at no notice”.

He warned that the Royal Air Force would not be “in a position” to go and fly people out at a later date if they stayed in the country.

On Thursday, February 17, US Secretary of State Antony Blinken told the United Nations Security Council that the early stages of a Russian invasion were “unfolding right now, today”.

Mr Blinken pointed to new intelligence showing that Russia was sending more ground troops, aircraft and ships to the region as it prepares to “launch an attack”.

His comments came as Ukraine blamed Russian-backed rebels for shelling a village and damaging a kindergarten in eastern Ukraine near the border.

What has happened between Russia and Ukraine?

In February, 77 protesters were killed by security forces in Kyiv.

President Yanukovych fled to Russia and the opposition took over.

In March, Russian forces took over Crimea - causing the biggest East vs West showdown since the Cold War.

As a result Russia was hit by harsh sanctions.

In July, 298 people were killed when pro-Russian forces shot down a Malaysian airliner over eastern Ukraine conflict zone.

In February a ceasefire was announced when Germany and France brokered a new Donbass deal at talks in Belarus.

In May, President Putin officially announced he was opening a bridge linking Russia to Crimea.

Russia and Ukraine exchanged prisoners who were captured in the wake of Moscow’s seizure of Crimea and intervention in the Donbass.

Mr Putin moved tens of thousands of troops and heavy military equipment to the border with Ukraine.

The latest on-the-ground videos appear to show heavy armaments on the move in Krasnodar region and naval vessels on the Don River as the Ukraine crisis becomes increasingly hostile.

Russia is also known to be moving landing ships from the Caspian Sea to the Black Sea for the first time since the end of the Soviet era.

A veteran independent Russian defence analyst has claimed Putin may have ordered the mobilisation of “more than half a million” troops - involving forces from the Pacific to the Baltic.

Meanwhile, Ukraine has called for membership of Nato in quick time to protect it from Russian bullying.

Russia’s defence minister Sergei Shoigu claimed that Nato was planning to station 40,000 troops and 15,000 pieces of military equipment in the region - which NATO vehemently denies - and Russia is simply responding.

Officials have warned an invasion could happen at any time.

Russia has also sent troops into Belarus, a close ally, saying the deployment was part of joint military drills.

Those exercises started February 10 and are expected to last 10 days.

Western experts though believe this is just a pretext to build up forces at the border before launching a possible attack from the North.

US National Security Adviser Jake Sullivan warned there were signs of Russian escalation including new forces arriving at the Ukrainian border.

What will happen if Russia invades Ukraine?

The invasion will start a war between the two countries while other Nato countries backing Ukraine.

US National Security Adviser Jake Sullivan said should any Russian invasion start it was likely “to begin with aerial bombing and missile attacks that could obviously kill civilians without regard to their nationality”.

This could lead to communications being severed and commercial transit being halted, he said.

He added an invasion could include a “rapid assault on the city of Kyiv” or on other parts of the country.

Western experts, while saying an invasion could take place in any part of Ukraine, it was thought most likely to come from the North with Russian troops currently carrying out exercises with Belarus.

Nato forces could get drawn into the conflict should an invasion occur.

The US has also said it is sending 3000 troops to Poland although were being sent not to take part in any potential conflict but to ensure the defence of US allies.

In January 2022, Britain said it was prepared to deploy troops to protect Nato allies in Europe if Russia invaded.

The UK and its allies would also respond swiftly and “in unison” with “severe” economic sanctions, Prime Minister Boris Johnson said.

Details about exactly what economic sanctions would be imposed have not been revealed.

Members of the Nato alliance, including Denmark, Spain, Bulgaria and the Netherlands, have sent more fighter jets and warships to Eastern Europe to bolster defences in the region. 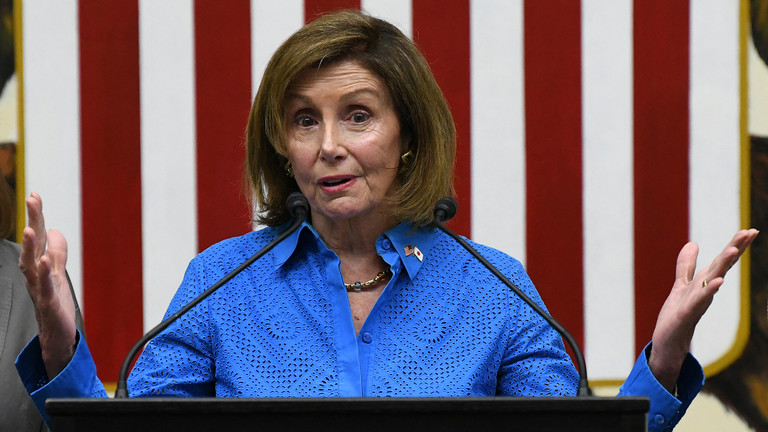