World leaders have reacted to Vladimir Putin’s chilling speech announcing the partial mobilisation of troops in Russia, as the nation continues its push to usurp Ukraine.

China — a nation with strong ties to the Russian Federation — called for a “ceasefire through dialogue and consultation” following Putin’s address on Ukraine, in which he made a thinly-veiled threat to use nuclear weapons.

And in a rare moment of unity, US President Joe Biden accused Putin of “reckless” nuclear threats and of causing a “brutal, needless” war.

“We call on the relevant parties to realise a ceasefire through dialogue and consultation, and find a solution that accommodates the legitimate security concerns of all parties as soon as possible,” China’s foreign ministry spokesman Wang Wenbin told a regular press briefing.

Putin announced the mobilisation earlier on Wednesday and vowed to use “all available means” to protect Russian territory, after Moscow-held regions of Ukraine announced annexation referendums.

“In its aggressive anti-Russian policy, the West has crossed all lines,” Putin said.

“When the territorial integrity of our country is threatened, we will certainly use all the means at our disposal to protect Russia and our people. This is not a bluff.

“Those who are trying to blackmail us with nuclear weapons should know that the wind can also turn in their direction.”

“China calls on relevant parties to properly resolve their differences through dialogue and consultation, and is willing to work with the international community to continue to play a constructive role in de-escalating the situation.”

China and Russia have drawn closer in recent years as part of what they call a “no-limits” relationship that acts as a counterweight to the global dominance of the United States.

President Biden, speaking at the United Nations, accused Putin of trying “to erase a sovereign state from the map”.

“Wherever you are, wherever you live, whatever you believe… That should make your blood run cold.

“If nations can pursue their imperial ambitions without consequences, then we put at risk everything this very institution stands for, everything.

He added: “The world should see the outrageous acts for what they are.”

Retired US military Lieutenant General Ben Hodges warned that if Putin were to use nuclear weapons in Ukraine, the US could look to “destroy the Black Sea Fleet or destroy Russian bases in Crimea” in retaliation.

“He [Putin] knows the US will have to respond if Russia uses a nuclear weapon,” Hodges told the Daily Mail.

“The US response may not be nuclear ... but could very well be a devastating strike that could, for example, destroy the Black Sea Fleet or destroy Russian bases in Crimea.

“So, I think President Putin and those around him will be reluctant to draw the US into the conflict directly.”

US Secretary of State Anthony Blinken fired off at Russia’s proposal to annex large portions of Ukraine via a tokenistic vote, dismissing the entire charade as “illegitimate”.

“Any Russian sham “referenda” in Ukraine would be illegitimate and an affront to the principles of sovereignty and territorial integrity that are the foundation of the UN Charter,” he said on Wednesday.

“We continue to stand with the people of Ukraine.”

UK Defence Secretary Ben Wallace immediately responded to Putin’s speech, saying the Russian leader was “breaking his own promises” and claimed military mobilisation was proof his “special military operation” in Ukraine was failing.

“President Putin’s breaking of his own promises not to mobilise parts of the population and the illegal annexation of parts of Ukraine are an admission that his invasion is failing,” he said.

“He and his defence minister have sent tens of thousands of their own citizens to their deaths, ill-equipped and badly led.

“No amount of threats and propaganda can hide the fact that Ukraine is winning this war, the international community are united and Russia is becoming a global pariah.”

Czech prime minister Petr Fiala said the latest development was “further proof Russia is the only aggressor” in Ukraine, as the Kremlin continues to accuse Ukraine of misdeeds throughout the conflict.

“The partial mobilisation announced by Vladimir Putin is an attempt to further escalate the war launched by Russia in Ukraine and further proof that Russia is the only aggressor,” Fiala tweeted.

“Aid to Ukraine is needed and we must continue to do so in our own interest.” 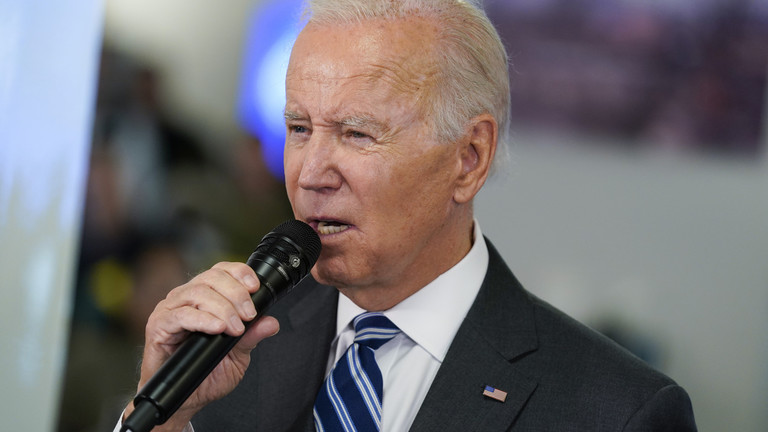