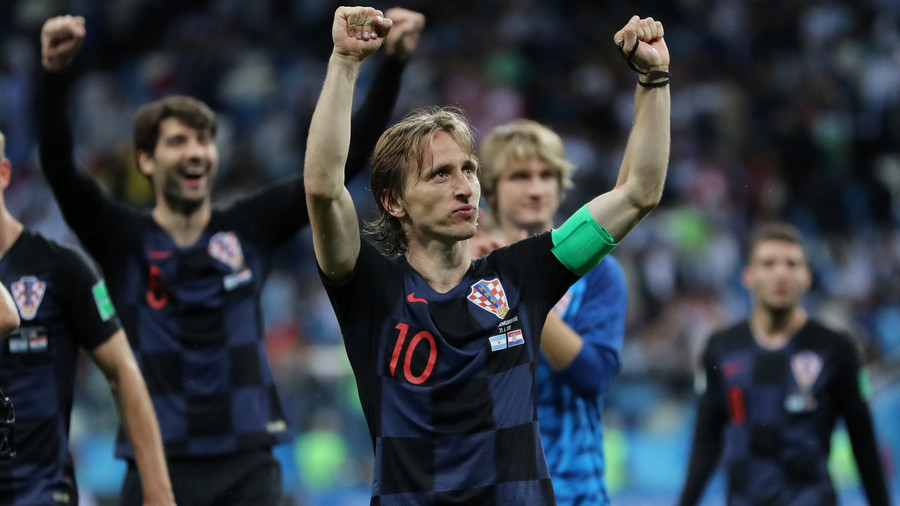 Messi and Argentina had endured a difficult start to the tournament, being held to a draw against Iceland in their opening game at Spartak Stadium in Moscow, in which captain Messi missed a penalty during a 1-1 draw.

In Nizhny Novgorod, just 400 kilometers east of Russia's capital, it was Croatia who started the brightest, perhaps buoyed by the knowledge that the South Americans could become frustrated if faced with the same tactical rigidity employed by ‘The Vikings’.

But Croatia, drawing on the attacking flair available to them in their ranks, were much more fluid going forward; Chelsea’s Mario Pasalic twice went close, as did Mario Mandzukic before Argentina had a chance to get into their natural groove.

The Balkan nation were not afraid to get physically involved, and several players went down under rough challenges, causing apoplectic reactions from Argentina coach Jorge Sampaoli on the sidelines.

The majority will make this about Messi but Sampaoli is the reason Argentina look horrendously disjointed.

When Argentina did get hold of the ball, they were guilty of some sloppy defending that saw them concede against against Iceland. Nevertheless, the two teams went into the break level.

After the restart, Croatia began with much of the intent they had started with from kick off and it paid dividends when Ante Rebić closed down a back pass to keeper Willy Caballero.

The Albiceleste keeper panicked and attempted to dink the ball over the onrushing Croatia winger, but the ball fell straight into striking distance and the 24-year-old obliged, firing acrobatically over Caballero and into the net.

Croatia had not only drawn first blood - they could smell blood also.

When Argentina again lost the ball in midfield, a pass found Modric in acres of space 30 yards out. The Croatian captain turned Nicolas Otamendi one way, then another, then unleashed a right-footed rocket that left Caballero no chance as the ball flew into the left hand side of the goal to double Croatia's lead with ten minutes to go.

Argentina were down and out as normal time ticked away, but then up popped Ivan Rakitic to twist the knife in the 91st minute when he slotted home Croatia's third goal and leave the World Cup dreams of his Barcelona teammate Lionel Messi in tatters.

The majority will make this about Messi but Sampaoli is the reason Argentina look horrendously disjointed.

Some may quesiton Sampaoli's decision to exclude forward Paulo Dybala for the majority of the game. In the end, not even support from icon Diego Maradona could inspire Messi to lift the team; the striker has failed to find the net so far in Russia.

But credit must go to a Croatia side whose football has been a joy to watch during this tournament, and who have booked their place in the knockout stage by advancing from the tournament's 'Group of Death'.

admin  10:42 CH 21/06/2018
Share:
Argentina asks Russia to deport fans involved in post-match brawl
‘France won the game, Peru won our hearts’ – Twitter grieves over Los Incas World Cup exit (PHOTOS)
We are using cookies to give you the best experience on our website. By continuing to browse, you are agreeing to our Cookie Policy.
You did not use the site, Click here to remain logged. Timeout: 60 second