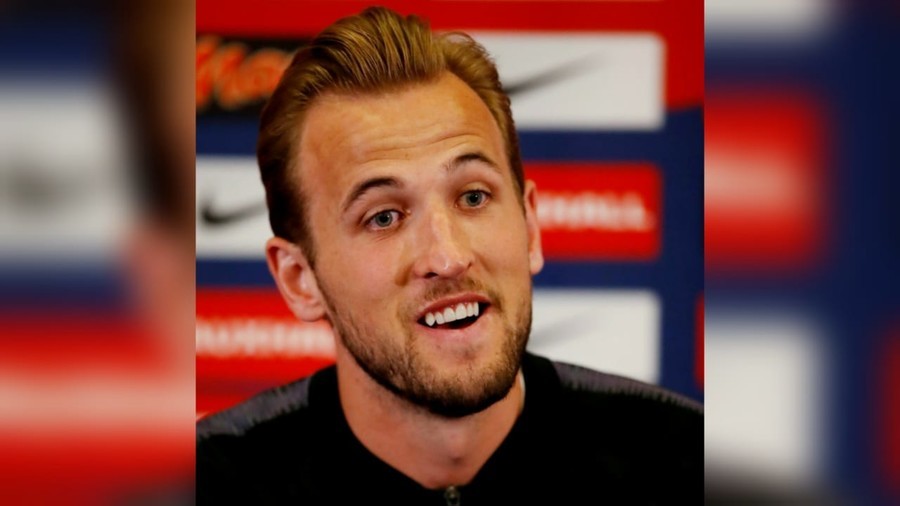 'They make me look chubby!': England hero Harry Kane on Russian dolls in his image

Kane was speaking in the press conference after his two goals gave England a 2-1 win over Tunisia in their World Cup opener in Volgograd on Monday.

His 91st-minute winner saved England's blushes against one of the tournament's less fancied sides by giving the Three Lions the victory in Volgograd Arena.

The dolls - called "matryoshka" in Russian - have appeared in the very heart of Moscow by the city's iconic Red Square and depict striker Kane in full England kit.

"I will have to get myself one of those Russian dolls. I've seen couple and yeah they do make me look a bit chubby!"Kane laughed when asked by RT Sport.

When asked whether he was aware that Russians thought his name was a play on words, as it sounds like the word 'hurricane', the Tottenham striker laughed: "I had no idea about that!"

On the pitch, and despite sporadic swarms of tiny flying insects forcing the players to be sprayed with insect repellant before taking to the field, England snatched a win against the Maghreb nation

"I think the most is we're proud of each other," Kane said. "In a World Cup you're never sure how it's going to go. In recent years the first game's always been difficult.

"It looked like it could have been one of those nights again, but like I said, we've got great togetherness. I said it before the game but it's always nice to see it come up in the game.

"We were talking to each other non stop, getting each other through it. We never panicked, we never looked like conceding another one which was important."

Next up for England is a match in Nizhny Novgorod against World Cup first-timers Panama on June 24.

admin  7:17 CH 18/06/2018
Share:
M’Baye Niang pounces to secure Senegal victory after Poland mix-up
'England would have been crucified if Kane hadn’t scored last-gasp goal' – Schmeichel (VIDEO)
We are using cookies to give you the best experience on our website. By continuing to browse, you are agreeing to our Cookie Policy.
You did not use the site, Click here to remain logged. Timeout: 60 second