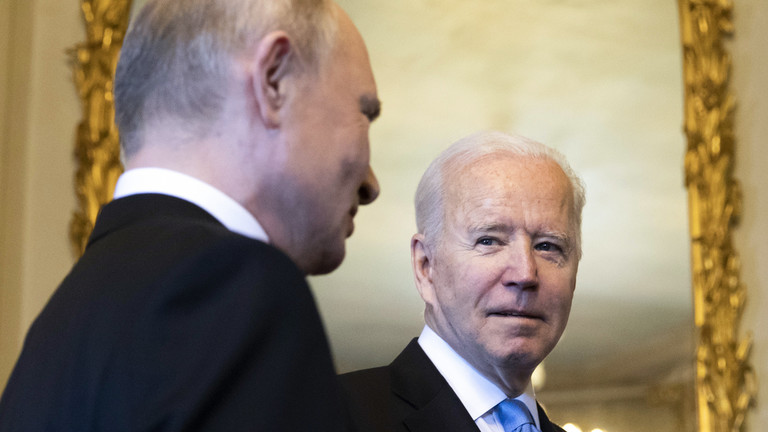 The summit proposed by France will only take place if Russia does not invade its neighbour, the White House said.

The talks could offer a possible diplomatic solution to one of the worst security crises in Europe in decades.

US officials say intelligence suggests Russia is ready to launch a military operation, which Moscow denies.

The proposal was announced by the French presidency after two phone calls between President Emmanuel Macron and Mr Putin, which went on for almost three hours in total.

The second exchange happened in the early hours of Monday Moscow time, and followed a 15-minute conversation Mr Macron had with Mr Biden.

Details of the possible summit will be discussed during a meeting between US Secretary of State Antony Blinken and the Russian Foreign Minister, Sergei Lavrov, on Thursday, Mr Macron's office said.

The White House also said Russia appeared to be "continuing preparations for a full-scale assault on Ukraine very soon", and that the US was ready to impose "swift and severe consequences" should it happen.

The Biden administration estimates Russia has mustered up to 190,000 troops around Ukraine, including separatist forces in the Donetsk and Luhansk regions in eastern Ukraine.

In his first call with Mr Macron, Mr Putin agreed on the need to "prioritise a diplomatic solution" to the crisis, according to the French presidency, and that "intense work" would be carried out to enable a meeting "in the next few hours" aiming for a ceasefire.

Mr Putin blamed the Ukrainian military for the escalation of tensions, the Kremlin said. Ukraine has rejected this, saying Moscow is engaged in a provocation campaign aimed at creating a pretext for an intervention.

However, the French presidency said both leaders agreed to resume talks through the Normandy Format, a group created to resolve the conflict in the Donbas that includes Russia, Ukraine, France and Germany.

UK Prime Minister Boris Johnson said Mr Putin's commitments to Mr Macron were a "welcome sign" he might still "engage in finding a diplomatic solution". But Mr Johnson called on Mr Putin to "step back from his current threats and withdraw troops from Ukraine's border".

Earlier, Russia announced the extension of military drills in Belarus, where 30,000 Russian troops are deployed, that were due to end on Sunday. A Belarusian statement blamed the "deterioration of the situation" in eastern Ukraine as one reason for extending the exercises.

Speaking on CNN, Secretary Blinken said "everything we are seeing suggests that this is dead serious" and that "we are on the brink of an invasion".

"Until the tanks are actually rolling, and the planes are flying, we will use every opportunity and every minute we have to see if diplomacy can still dissuade President Putin from carrying this forward," he added.

His comments came as unverified reports in the US media suggested Washington believed an attack could be launched imminently.

CBS News reported the US had intelligence that Russian commanders on the ground had received orders to proceed with an invasion and were now making specific battle plans on how to attack.

The report said an invasion would begin with a cyber-assault followed by a campaign of missile and airstrikes, before ground units attempted to take the capital Kyiv.

And an unnamed intelligence official told CNN close to 75% of Russia's conventional forces were now poised at the Ukrainian border. The concentration of Russian forces within striking distance of Ukraine was highly unusual, the source said.

But Ukraine's Defence Minister Alexei Reznikov said an attack "tomorrow or the day after tomorrow" was unlikely as no Russian "strike groups" had yet formed near the border.

Mr Putin has been demanding assurances that Nato will not admit Ukraine, a former Soviet state with close ties to Russia, while the Western alliance denies it poses any threat to Russia.

There are fears that a Russian military intervention could start a war even bloodier than the conflict in eastern Ukraine which has cost at least 14,000 lives. 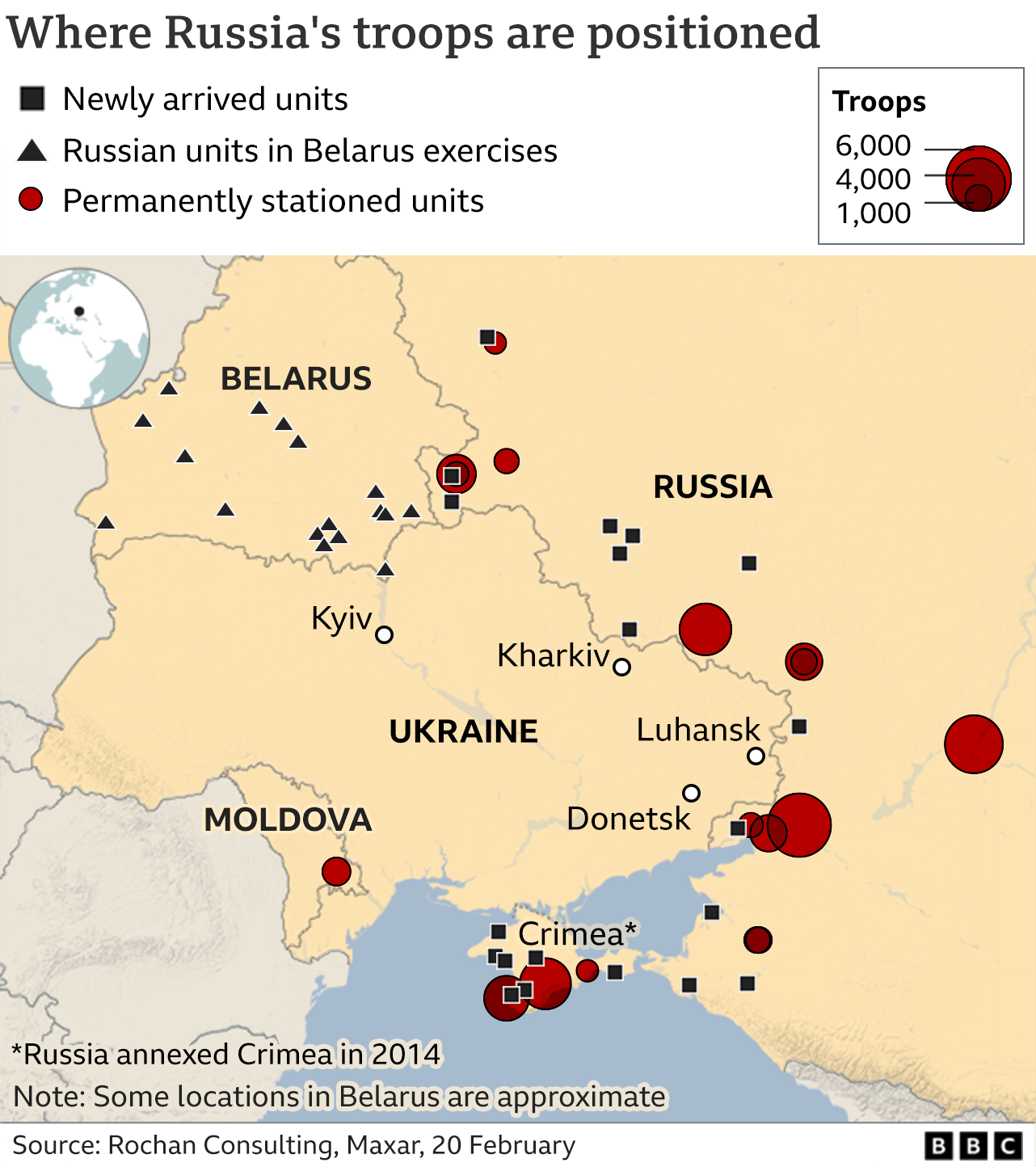