For the past two years, media and entertainment companies have been dead-set on showing Wall Street that they have a strong streaming video strategy to counter traditional pay-TV decilnes.

The thesis was follows: Taking more of a consumer’s cash directly, rather than collecting negotiated fees from a wholesale pay-TV model, will eventually be a better business than bundled cable TV. Or, if not better, at least good enough to survive.

The thesis worked for a while. The pandemic accelerated the push to streaming video, as people looked for entertainment options while stuck in their houses. Quarter after quarter in 2020 and 2021, Netflix, Disney, AT&T’s WarnerMedia, NBCUniversal’s Peacock, ViacomCBS’s Paramount+, and other streaming services have shown consistent growth, as CNBC has charted.

Along the way, Disney nearly doubled from a pandemic low of about $79 per share to $155 to start 2022. Netflix continued its torrid pace, gaining 71% from its March low to the start of the year.

But after Netflix forecast first quarter subscriber additions that missed analyst estimates, investors seem to have soured on streaming, or at least curbed their enthusiasm.

Netflix now has 222 million global subscribers. It is predicting just 2.5 million new net additions in the first quarter after adding 8.3 million in the fourth quarter. Netflix shares are down 37% this month (CHK AT CLOSE) alone. Disney has declined 13% in January and reports its earnings on Feb. 9. (CHK)

Superficially, it seems odd that one low Netflix quarterly forecast would scare investors from the entire segment. But if Netflix growth is slowing, that may mean the world’s total addressable streaming market is significantly lower than previously expected.

If that’s true, the value proposition around the streaming industry changes dramatically. Netflix could focus on raising prices and cutting back on content spend as profitability as investors treat it more like a value stock. Free cash flow could begin to matter more than future subscriber growth.

Cutting content spending would likely slow subscriber growth even more, especially as newer competitors ramp up their content spend and global reach to build out their subscriber bases. NBCUniversal’s Peacock announced it’s doubling its content spend to $3 billion 2022 and $5 billion “over the next couple of years.” WarnerMedia plans to expand HBO Max to many countries internationally in 2022, Jason Kilar told CNBC this week. HBO Max is currently in 46 countries, compared to more than 190 countries for Netflix.

“If you start slowing down content spending when everyone else is raising, by nature the risk is you’ll have less hits,” said Michael Nathanson, an equity analyst at MoffettNathanson.

In late 2020, Disney dramatically bumped its global estimate of Disney+ subscribers by the end of 2024, projecting between 230 million and 260 million. (The old range was 60 million to 90 million.)

Media companies have spent the pandemic reorganizing their companies around streaming rather than traditional pay-TV, which continues to hemorrhage subscribers. It behooves the entire industry to keep the growth story going for as long as possible. Here are four possibilities.

Bundling content from multiple services. The simplest solution to restarting growth is bundling. Several media executives said privately they’re stunned Google, Apple and Amazon have thus far shown little interest in developing a cable-like service featuring a bundle of streaming services that can be sold for a discount.

“Everybody is trying,” former Disney CEO Bob Iger said about bundling in a New York Times interview this week with Kara Swisher. “I don’t think they’ll all succeed.”

It seems inevitable that some streaming services will eventually partner with each other and offer products together for a discount. Once this begins, the bundled offers can get larger, encompassing more services.

Bundling streaming with other perks. Another idea is for companies, such as Disney or Comcast, to offer Amazon Prime-like services that including streaming subscriptions with other company offers, such as discounts to theme parks and merchandise.

An annual “Disney Prime” service that included Disney World discounts could theoretically reduce streaming churn, which may be valuable to a company whose stock still largely trades on streaming numbers. Disney has considered this concept, according to a person familiar with the matter, but decided watching streaming video was too disconnected from buying toys or attending theme parks to make sense.

Bundle streaming with third-party products. A third idea is to move further out of the box with bundling and include streaming subscriptions as part of larger packages, including some that involve third-party products. While TV has historically been bundled with only TV, due to the wholesale cable model, digital distribution theoretically allows for all sorts of wacky subscription bundles. Streaming services could bundle with digital media or Doordash or Stitch Fix or any other available monthly subscription.

Gaming. Finally, media companies can follow Netflix’s lead and attempt to shift investor narrative toward gaming. This got a bit more difficult after Microsoft agreed to buy Activision Blizzard this month for $69 billion, but a sizable acquisition for a legacy media company such as Comcast or Disney would go a long way toward building a needle-moving gaming presence. Acquiring Take-Two Interactive (which itself is trying to bulk up after agreeing to buy Zynga for $12.7 billion) or Electronic Arts are two potential options. But it remains unclear if Disney or Comcast want to move in that direction.

“I don’t think, in most cases, there were synergies to be gained from an entertainment company buying those,” Iger said of why media hasn’t bought large gaming companies.

Phase one is over. It’s time for phase two, whatever that is.

If all else fails, there’s always the metaverse. 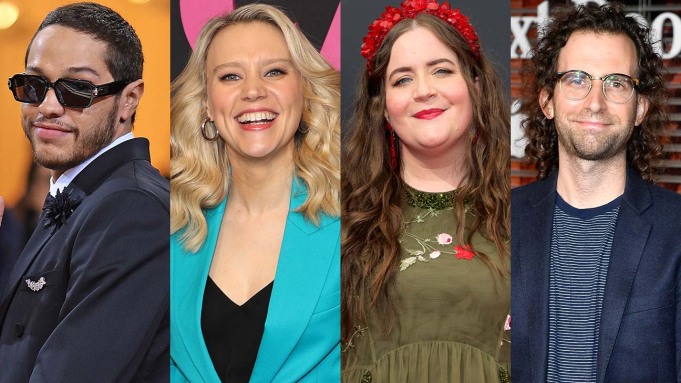