×
Sunday - 27/02/2022 11:27
Russian airlines face a near-total airspace blockade to the country's west after an EU official said most European countries are set to impose flight bans. 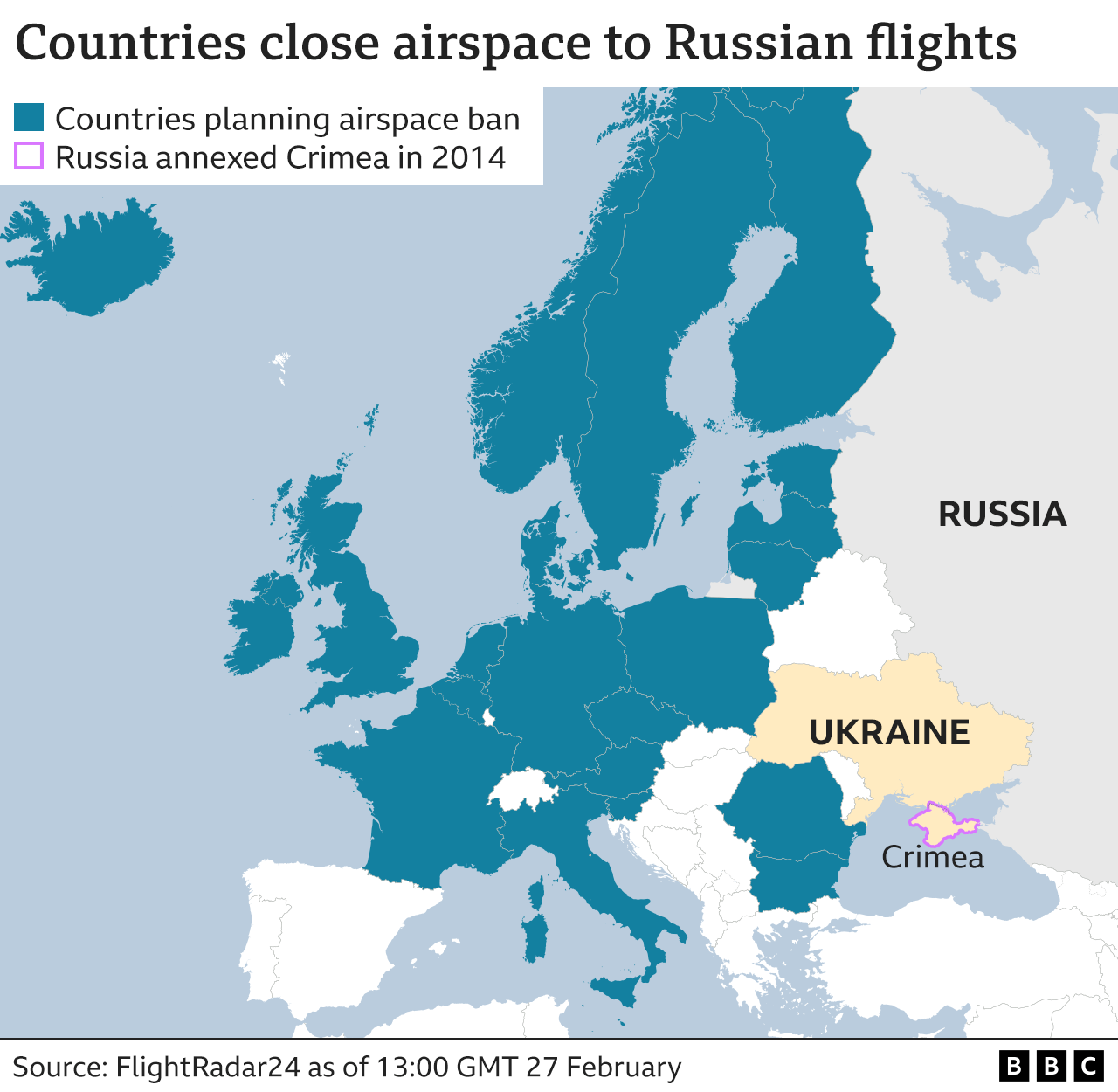 A formal decision is expected on the measure later on Sunday.

One by one, European countries said they were closing their airspace, including Germany for three months.

Departure boards at Moscow's Domodedovo and Sheremetyevo airports showed dozens of cancellations on Sunday, including flights to Paris, Vienna and Kaliningrad.

Russia's S7 Airlines said on Facebook it would cancel flights to many of its European destinations until at least 13 March.

Aeroflot, Russia's biggest airline, said it would cancel its services to Latvia and Romania until at least 26 March, and its Prague and Warsaw routes until 28 March.

Meanwhile, Russia has responded with tit-for-tat restrictions on countries banning its flights.

Russian-owned planes, including private jets, can no longer enter the skies above the Baltic states, Poland, the Czech Republic, Bulgaria, Romania and Slovenia. Russian planes have also been banned from UK airspace.

The restriction on flights over many of the countries to Russia's west will require its airlines to take circuitous routes, resulting in longer flight times.

Finland's decision may leave the Gulf of Finland - around 74 miles (120km) wide at its broadest point - as the only viable passage for Russian planes travelling to European countries that have yet to ban flights.

In the United States, Delta Air Lines said it would suspend a flight booking agreement with Russia's Aeroflot.

The UK's ban on Russian flights led Moscow to retaliate with a similar curb on British planes.

Virgin Atlantic said avoiding Russia would add between 15 minutes and an hour to its flights between the UK and India and Pakistan.

Australian airline Qantas said it would use a longer route for its direct flight between Darwin and London that does not overfly Russia.

Blinken calls on Moscow to end blockade of Ukraine ports as Medvedev says Russia is ready to allow...