Asked in a CBS interview if US troops would defend the island, Mr Biden said: "Yes, if in fact, there was an unprecedented attack."

The remarks prompted the White House to clarify that the official US policy - which doesn't commit to military action on Taiwan - had not changed.

The foreign ministry said it had lodged "stern representations" with Washington over the remarks, broadcast in a CBS 60 Minutes interview on Sunday.

Taiwan is a self-ruled island off the coast of eastern China that Beijing claims as part of its territory.

Washington has always walked a diplomatic tightrope over the issue.

On the one hand it adheres to the One China policy, a cornerstone of its relationship with Beijing. Under this policy, the US acknowledges that there is only one Chinese government, and has formal ties with Beijing rather than Taiwan.

But it also maintains close relations with Taiwan and sells arms to it under the Taiwan Relations Act, which states that the US must provide the island with the means to defend itself.

Mr Biden's comments, his clearest yet in pledging US military intervention, seemingly run counter to Washington's stance of "strategic ambiguity" - it does not commit to defending Taiwan, but also does not rule out the option.

In Sunday's interview Mr Biden also reiterated that the US was not encouraging Taiwan independence.

"There's a One China policy and Taiwan makes their own judgements on their independence. We are not moving, not encouraging their being independent - that's their decision," he said.

Taiwan responded to Mr Biden's remarks on Monday by welcoming the "US government's rock-solid security commitment to Taiwan". Taipei said it would continue to deepen its "close security partnership" with Washington.

Only earlier this month, the US agreed to sell $1.1bn (£955m) in weaponry and missile defence to Taiwan, provoking anger from China.

This is the third time since October last year that President Biden has gone further than the official stance.

In May, speaking in Japan on his first tour of Asia as president, he said "Yes" when asked if the US would defend Taiwan.

The White House had quickly issued a follow up saying there was no departure from long-standing US policy.

This time too the White House issued a statement, downplaying the president's comments: "The President has said this before, including in Tokyo earlier this year. He also made clear then that our Taiwan policy hasn't changed. That remains true."

Beijing has previously condemned such comments from Mr Biden promising US military action.

"Taiwan is an inalienable part of China's territory... The Taiwan question is purely China's internal affair that brooks no foreign interference," a foreign ministry spokesman had said in May in response to Mr Biden's remarks in Japan.

Tensions between US and China - especially over Taiwan - have ramped up after US House Speaker Nancy Pelosi made a controversial visit to the island in August - a trip Mr Biden had said was "not a good idea".

Beijing responded with a five-day military blockade around Taiwan. The US claims China shot missiles over the island, but Beijing did not confirm this. Taiwan said the missiles China fired flew high into the atmosphere and posed no threat.

Elsewhere in the pre-recorded interview, Mr Biden also warned Russia not to use chemical or tactical nuclear weapons in the war in Ukraine. 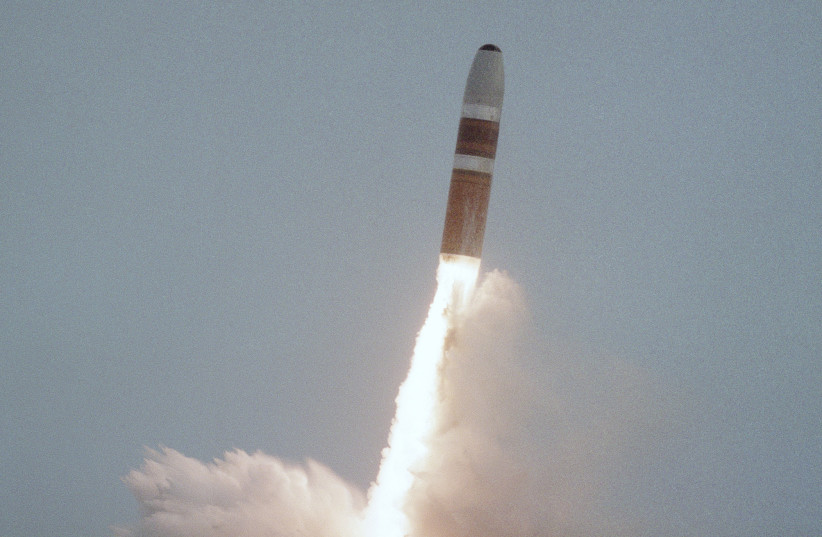