×
Sunday - 31/07/2022 09:31
Jennifer Lopez’s first husband has provided intimate details as proof of why he believes she will end up divorcing Ben Affleck.

Ojani Noa, 48, claims his ex-wife “loves being in love” but loses interest after the passion in her marriages fizzle, The Daily Mail reported.

Mr Noa — who met J-Lo when he was a Cuban refugee waiting tables in Miami — has kept a low profile since his one-year union with Jenny from the Block dissolved in 1998, reported the New York Post.

He told the outlet her recent nuptials with Ben Affleck brought back a rush of old memories.

“Ben is husband number four. I was husband number one and she told me I was the love of her life. When we lay in bed on our wedding night, she said we would be together forever,” he said.

In addition to being married four times, Lopez, 53, has been engaged six times, including twice to the Good Will Hunting actor, some 20 years apart.

Mr Noa fled Cuba on an inflatable boat when he was 15 and survived the 150km journey to the US. He found work washing dishes at Gloria Estefan’s Ocean Drive restaurant Lario’s On The Beach by the age of 22.

“Miami was buzzing. I did some modelling. I hustled. I wanted the American dream – and I found it when Jen walked into Lario’s,” he reportedly said.

“I had no idea who she was. Our eyes glanced at each other and I thought she was the most beautiful woman I’d ever seen.”

The next night Lopez came back to the bar and Mr Noa served her another customer’s French fries after she said they looked “yummy”, according to the report.

“I was smitten. She was wearing a white top and trousers, and I remember thinking she had the best body I’d ever seen. She later told me she knew that first night she was going to marry me,” Mr Noa reportedly recalled.

Later that night, the duo partied at a club called Commune, according to Mr Noa.

“When we got to the club my friend Leo took Jen to the dance floor, and I thought, ‘Oh man, you’re a lucky guy.’ Then (her friend) said, ‘When they get back, take Jen out there. It’s you she’s interested in.’

“They get back and I take her hand and lead her on to the floor, and a slow song comes on. It was electric. She was shaking and said, ‘You make me nervous’.

“We could both feel the romantic energy. It was instant and intense. Like it was surging through our bodies. I said, ‘I feel the same way you’re feeling’. I lifted her chin and gave her a kiss – it was a kiss like we’d known each other forever.”

While the two shared a goodnight kiss, a passer-by exclaimed “Oh my God, that’s Jennifer Lopez from ‘Money Train’,” Mr Noa remembered. “That’s when I realised maybe she was somebody.”

“The next morning my pager goes off. Jen had to see me before her flight. The door goes and I open it and she falls into my arms. We kissed, and as she drove off in her limo, she looked back like in the movies and I thought, ‘This is it. This is crazy’,” Mr Noa told the Mail.

While Lopez was in Los Angeles, Mr Noa talked to her frequently from the payphone at the restaurant, according to the Mail. When she returned to Florida, the actor invited him to be her date for the Blood and Wine premiere.

“I rented a cheap suit. We got to the red carpet, there were all these flashing lights and fans screaming. I started to feel sick. I walked down the carpet holding her hand then stood to the side while she gave interviews.

“I heard her say, ‘Jack, I want you to meet my date, Ojani’. I turned around and she was introducing me to Jack Nicholson. Then she said, ‘This is Michael’ – and it was Michael Caine. I felt like I was in a movie. A few years earlier I was on a dinghy in the ocean running away from Fidel Castro, and now I’m on a red carpet. Michael Caine was lovely. He said, ‘Don’t worry, you will get used to it’.”

After the premiere the couple consummated their relationship, Mr Noa told the outlet.

“That was the first time we made love. It was perfect. She was perfect. We lay there afterwards and she said, ‘I want you to always be in my life. I love you’. I felt like Mr. Cinderella,” he reportedly said.

Noa said he believed the relationship worked because he wasn’t impressed by her celebrity.

“She’s a traditional girl. She comes from a humble Puerto Rican family. She wanted someone to protect her, someone who would stand up for her. We fell totally in love,” he said, according to the article.

“I quit my job and moved to LA. We lived in a nice apartment. But soon we moved into our first house and then the houses kept getting bigger. She loved that I was a balseros (rafter) from Cuba. I never wanted anything from her. I always worked and had my own money,” he said about life with the Bronx native.

“We’d been together about six months when she got Selena. We went to San Antonio, Texas, for the shoot and every night we’d come back to the hotel and she’d collapse in my arms filled with insecurity. She didn’t think she was good enough. In the middle of the night she would burst into tears. I comforted her and said she was the best, that she was killing it.

“She loves shopping, and when she wasn’t filming we went to the local mall. One day we went into a jewellery store and she started looking at rings. She pointed at one and said, ‘I love that one’.

“She left and I pretended I needed to go to the rest room. I snuck back in the store and told the girl to put it to one side. I had money saved up. I’d been working as her personal trainer but also had modelling money. The ring was US$15,000 (A$21,400) – a fortune back then. I hid the ring in a plastic bag behind the sink.”

Mr Noa proposed to Lopez at the wrap party for the critically acclaimed film, according to the report.

“Everyone was cheering. I went down on one knee and gave her the ring. She was crying and laughing and said ‘Yes!’,” he reportedly recalled.

Tensions developed when Lopez’s mother chastised her for deciding to get married in Florida instead of the Bronx, according to the article.

“Jen would be in tears all the time. Her mum was calling and yelling at her, trying to get her to change the venue. So I called (Jen’s mother Guadalupe Lopez) Lupe and said, ‘You need to stop this’. That was a big mistake. From then on there was tension between me and Lupe.”

“She went from Jen to being J-Lo, this big business bringing in millions. She had all these new people around her, all wanting to make money off her. I would call and an assistant would say, ‘Sorry, she’s not available’.”

When Mr Noa was tasked with launching Lopez’s LA nightclub, he would see pictures published of his wife with Puff Daddy, who was producing some of her music in New York, according to the article.

“I rang Jen and asked why she was going out with him on dates and she said, ‘It’s just business. This is what I’m being told I have to do’. I was jealous and would scream, ‘But you are married!’”

“We wanted kids, we discussed having kids. Then she told me she couldn’t have a baby because it would interfere with her career,” he lamented.

Mr Noa and Lopez went on Oprah, where she denied the marriage was in trouble.

“Our whole life became a lie,” Mr Noa said, remembering he lost 17kg due to the stress of the facade.

“We went to the Golden Globes and sat with Jack (Nicholson). He said, “You guys look so happy.” I told him, ‘It’s not what it seems’. He told me to hang in there. I never thought I would be getting relationship advice from Jack Nicholson.”

After 11 months, the couple divorced and Lopez dated Puff Daddy publicly soon after.

Mr Noa was left with $50,000 in a settlement agreement and continued to wear his ring as the two remained close, according to the report.

“There were times she told me she wanted to get back together. In quiet moments she would say, ‘I need you in my life. I don’t want to lose you’,” Mr Noa reportedly remembered.

Lopez’s brief marriage with Chris Rudd dissolved and Affleck popped the question for the first time before she had officially split from her backup dancer.

Two years later, in 2004, Lopez would get hitched to Marc Anthony. The pair stayed together for 10 years.

The actress hired Mr Noa to manage a Los Angeles restaurant around 2002 but fired him three years later. He sued her, settled, and moved back to Florida where he has not remarried, according to the article.

Mr Noa said he believes he could have made it last with Lopez if it were not for “parasites who feed off celebrities” and media reports that characterised him as a “penniless waiter,” the report said.

“I wish her and Ben the best, but I’m not convinced it will last,” Mr Noa said.

“I think she’s someone who will be married seven or eight times. I can’t see her ever settling down with one person. She pushes herself to constantly go forward in her professional life, which is why she’s had a three-decade career, but she also moves on in her private life.”

“If Ben has Lupe on his side then maybe he’s got a chance,” Mr Noa told the Mail, smiling. 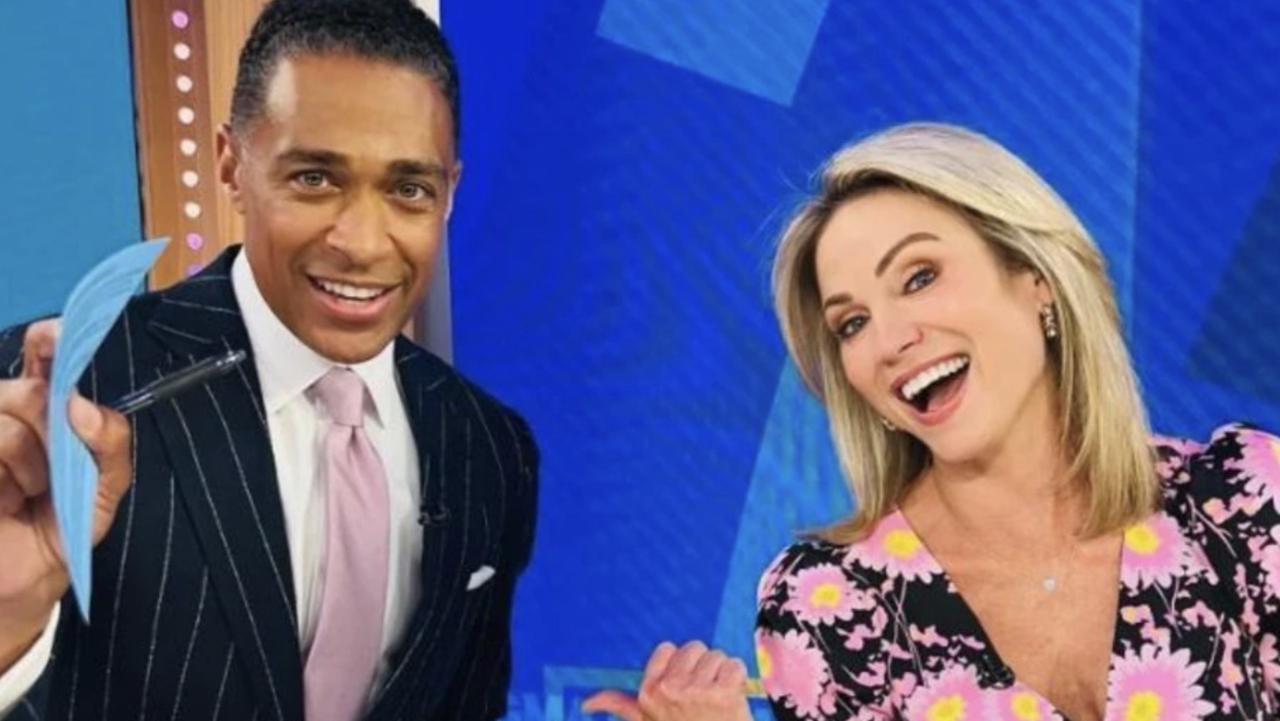