×
Thursday - 03/02/2022 10:42
A city has agreed to spend weeks taking down a historic bridge so Jeff Bezos’ new gigantic superyacht can reach the open seas this summer.

Dutch city has agreed to spend weeks taking down a historic bridge so Jeff Bezos’ new gigantic superyacht can reach the open seas this summer.

The Amazon founder’s 127 metre-long three-masted ship is currently under construction in The Netherlands, but the pleasure boat will be too tall to pass under Rotterdam’s landmark Koningshaven Bridge, which has a 39m clearance, according to The NL Times, which cited Dutch-language outlet Rijnmond.

As a workaround, the mega-billionaire and the boatmaker Oceano reportedly asked Rotterdam officials to temporarily dismantle the iconic bridge, and pledged to reimburse the city for expenses, the New York Post reported.

Taking apart and reassembling the middle section of the bridge known locally as “De Hef” was expected to take more than two weeks, the paper said. Rotterdam officials touted Bezos’ pet project as a revenue generator.

“From an economic perspective and maintaining employment, the municipality considers this a very important project,” municipal project leader Marcel Walravens reportedly said. “In addition, Rotterdam has also been declared the maritime capital of Europe. Shipbuilding and activity within that sector are therefore an important pillar of the municipality.”

Word of the planned deconstruction of the 1878 steel structure took a toll on preservation officials, who said the city pledged not to take apart De Hef again following a 2017 restoration.


“Employment is important, but there are limits to what you can and may do to our heritage,” Ton Wesselink of the Rotterdam Historical Society reportedly said.

Another local leader said bowing to Bezos was a “bridge too far,” as he issued a stern rebuke to some of Amazon’s reported business practices.

“This man has earned his money by structurally cutting staff, evading taxes, avoiding regulations and now we have to tear down our beautiful national monument?” Rotterdam politician Stephan Leewis wrote on Twitter.

The bridge was one of the first Rotterdam landmarks to be restored after the city was bombed in World War II. It became obsolete after a tunnel was built for train traffic in 1993, but residents baulked at demolishing the span, and it was converted into a national monument, the paper reported.

Bezos’ Y721 superyacht will be one of the biggest sailing vessels ever made in The Netherlands, which is a hub for boat construction for the very wealthy, according to Bloomberg. The yacht’s towering height has presented other problems for the world’s second richest man.

The boat’s tall masts would present a hazard to helicopters, so the former Amazon CEO commissioned a support yacht with a helipad to follow in its wake, the outlet said. 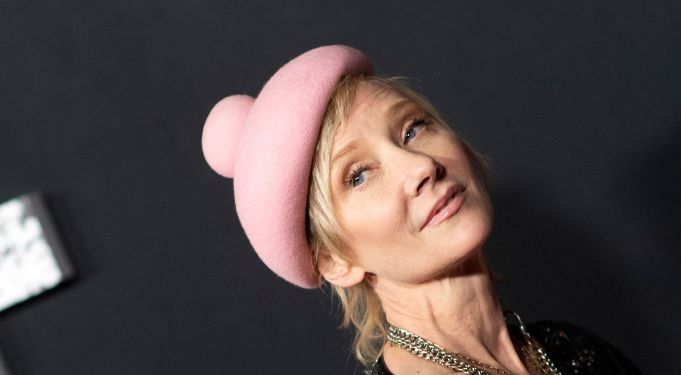 Anne Heche Had Narcotics In Her System, Police Say, According To Tests Conducted After Fiery Car Crash

Heche is in “extremely critical condition” as a result of her burn and pulmonary injuries from the...