×
Tuesday - 13/09/2022 06:54 Author: Editors Desk Source: France 24
Armenia said Tuesday that nearly 50 of its soldiers had been killed in the worst clashes with Azerbaijan since their war two years ago, but Russia said it had convinced the historic rivals to agree to a rapid ceasefire.

After several hours of fierce border fighting overnight, Armenia appealed to world leaders for help, saying Azerbaijani forces were trying to advance on its territory.

After several hours of fierce border fighting overnight, Armenia appealed to world leaders for help, saying Azerbaijani forces were trying to advance on its territory.

The fighting was the worst since the end of a 2020 war between the ex-Soviet republics over the contested Nagorno-Karabakh region that left more than 6,500 killed on both sides.

It came with Yerevan's closest ally Moscow -- which deployed thousands of peacekeepers in the region after the war -- distracted by its six-month invasion of Ukraine.

"We expect that an agreement reached as a result of Russian mediation on a ceasefire... will be carried out in full," the ministry said in a statement, adding that it was "extremely concerned" by the uptick in fighting.

"For the moment, we have 49 (troops) killed and unfortunately it's not the final figure," Pashinyan told lawmakers.

Call to Moscow for help

Azerbaijan said it had also suffered casualties in the fighting, but did not specify the number of dead. The defence ministry in Yerevan said the clashes started early Tuesday, with Armenian territory coming under fire from artillery, mortars and drones in the direction of the cities of Goris, Sotk, and Jermuk.

"The enemy is trying to advance (into Armenian territory)," it said in a statement.

But Azerbaijan accused Armenia of "large-scale subversive acts" near the districts of Dashkesan, Kelbajar and Lachin and said its armed forces were responding with "limited and targeted steps, neutralising Armenian firing positions".

Turkey, a long-standing political and military sponsor of Azerbaijan, accused Armenia of being responsible for the outbreak in fighting and urged Yerevan to negotiate.

"Armenia should cease its provocations and focus on peace negotiations and cooperation with Azerbaijan," Foreign Minister Mevlut Cavusoglu tweeted after a phone call with Azerbaijani counterpart Jeyhun Bayramov.

Pashinyan on Tuesday chaired an emergency session of the country's security council that agreed to formally ask for military help from Moscow, which is obligated under a treaty to defend Armenia in the event of foreign invasion.

The United States earlier called for an end to the fighting, with Secretary of State Antony Blinken saying the US was "deeply concerned" over the situation, including "reported strikes against settlements and civilian infrastructure" in Armenia.

"As we have long made clear, there can be no military solution to the conflict," Blinken said in a statement. "We urge an end to any military hostilities immediately."

Last week, Armenia accused Azerbaijan of killing one of its soldiers in a border shootout.

In August, Azerbaijan said it had lost a soldier and the Karabakh army said two of its troops had been killed and more than a dozen injured.

The neighbours fought two wars -- in the 1990s and in 2020 -- over the Nagorno-Karabakh region, Azerbaijan's Armenian-populated enclave.

The six weeks of brutal fighting in the autumn of 2020 ended with a Russian-brokered ceasefire.

Under the deal, Armenia ceded swathes of territory it had controlled for decades and Moscow deployed about 2,000 Russian peacekeepers to oversee the fragile truce.

During EU-mediated talks in Brussels in May and April, Azerbaijani President Ilham Aliyev and Pashinyan agreed to "advance discussions" on a future peace treaty.

Ethnic Armenian separatists in Nagorno-Karabakh broke away from Azerbaijan when the Soviet Union collapsed in 1991. The ensuing conflict claimed around 30,000 lives. 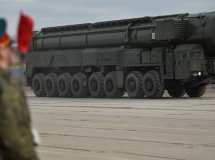